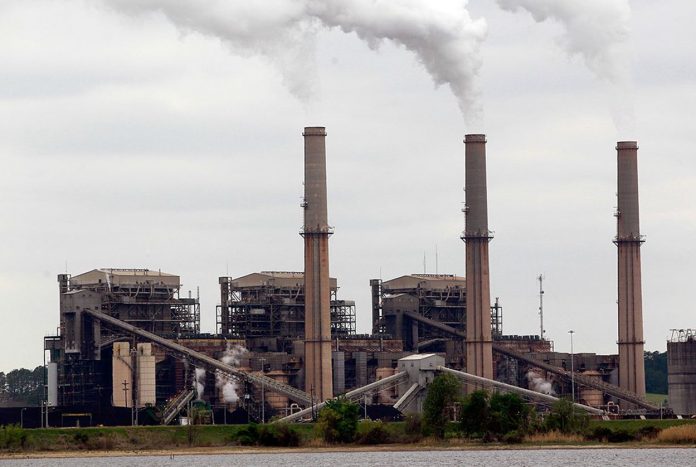 With a heat wave sweeping the state, Texans’ demand for power broke records two days in a row this week, prompting the state’s electric grid operator — which predicted the scenario months ago — to offer assurances that the electric sector “is doing what they can to keep the power on for consumers.”

The Electric Reliability Council of Texas said in a statement Friday that it “has issued an advisory to power companies in advance of the extreme heat anticipated over the weekend and into next week.” That came as the National Weather Service issued an excessive heat warning or heat advisory for almost the entire state. Friday’s high temperature was expected to reach 107 degrees in Dallas, 104 degrees in Austin and 100 degrees in Houston.

“Our grid operators and electricity providers are working around the clock to ensure consumers stay cool and safe,” ERCOT’s statement said.

So how concerned should Texans be that the power — i.e. air conditioning — will go out at a time of year when they need it most?

Not very, said University of Texas at Austin energy guru Michael Webber, deputy director of the university’s Energy Institute, although he said it’s still concerning enough that customers should do their part to decrease their electricity usage.

In Texas, residential customers account for almost half of peak demand.

Until Wednesday, the highest demand had ever gotten was 71,110 megawatts in August 2016 — 48.6 percent of which was residential usage. That was topped on Wednesday and again on Thursday when it reached an all-time-high of 73,259 megawatts between 4 and 5 p.m., according to ERCOT, which delivers power to some 24 million Texans.

“We fully expect to keep hitting new demand records as summer 2018 continues,” ERCOT said in a statement on Wednesday. It predicted as much in March, when it warned that delayed power supply projects and the closure of three major coal-fired power plants would contribute to “tight operating reserves” and sky-high power prices at times.

Webber said the public is generally bad at heeding the calls from grid operators and utilities to turn up the temperature on their thermostats, flick off unnecessary lights in the middle of the day and wait until the evening to run dishwashers and clothes dryers.

If everyone in the state took those measures, Webber said, it would make a big difference — especially with continued population and economic growth. That has driven demand, although Webber said it hasn’t increased nearly as much as anticipated thanks to energy efficiency initiatives.

Still, Webber said ERCOT has been planning for this scenario for months and that Texas — the only state with its own power grid — is still far away from a total blackout, which he couldn’t recall ever happening here. And while scary sounding, rolling blackouts are implemented strategically by grid operators and usually aren’t that big of a deal.

The last time rolling blackouts occurred was in 2011 — one of the state’s hottest years on record — during a hard freeze in February when a variety of unexpected factors, including equipment failures at new coal-fired power plants, coalesced to push peak demand dangerously close to total generation.

“It’s like a comedy of errors sometimes with these things,” Webber said.

First, they carry out a public information campaign calling on customers to decrease usage. Some utilities that have the capability may employ a “mild intervention” and shutter people’s air conditioners for 15 minutes or so in the middle of the day. If things still don’t improve, ERCOT will call on major industrial customers like steel mills and even refineries and chemical plants to shutter energy-gobbling units, which they agree to do in exchange for lower electricity prices.

Then come the rolling blackouts, which Webber said likely will be more of a minor nuisance — like not being able to open your garage — although he said there is always a concern about how a lack of air conditioning can affect the elderly and other vulnerable populations.

At this point, “we’re at that step one information campaign,” Webber said, “so there’s not a reason for alarm and crisis.”

In its statement Friday, ERCOT noted that it “has not issued any appeals for conservation, but we will notify the media and stakeholders if system conditions change.”