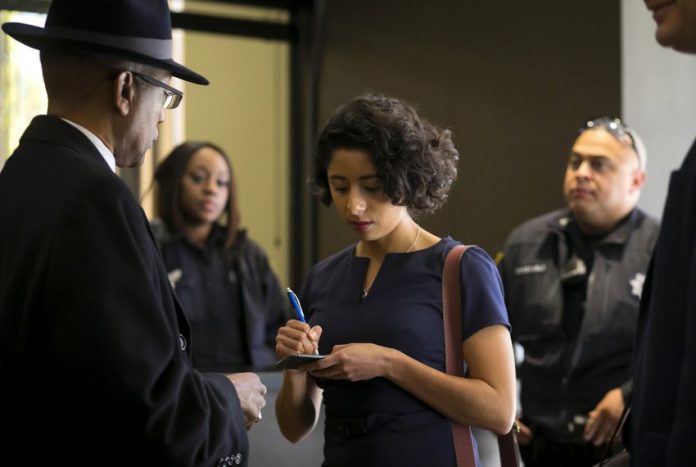 A Texas county official is facing backlash after he criticized the chief executive of a neighboring county for speaking Spanish during a news conference about a massive chemical fire.

Harris County Judge Lina Hidalgo — the top elected official in the state’s largest county — had been speaking Monday in English and Spanish about the fire that broke out at a storage facility in the Houston area. The briefing was broadcast live on CBS affiliate KHOU’s Facebook page, where Mark Tice, a Chambers County commissioner, posted a comment, saying, “She is a joke.”

“English,” Tice added, “this is not Mexico.”

Tice later confirmed to the Houston Chronicle that he made the comment, saying, “It’s real simple. This is the United States. Speak English.”

During the news conference, where officials addressed the potential health ramifications of the chemical fire, Hidalgo gave updates in English and then translated them into Spanish.

As backlash began to swell Tuesday, Tice apologized on Facebook for “hastily acting out with transgression on social media.”

He added, “Like many citizens concerned about the ITC fires, I was very emotional about the effect it was having on everyone. I apologize to Judge Hidalgo, the citizens of my county, and most importantly the entire Hispanic community for hastily acting out with transgression on social media. I recognize how my response could have been interpreted in a derogatory manner and for that I am sorry. I immediately regretted my choice of words. I’m not proud of my behavior, that is not the example I wish to lead by. I can only hope, in time, that my actions can be forgiven.”

A 2018 Pew Research Center survey found that 22 percent of Latinos said they had been criticized for speaking Spanish in public in the previous year; 20 percent said they’d been told to go back to their home countries.

Earlier this year, a professor at Duke University came under fire after telling Chinese students to “commit to using English 100 percent of the time” while on campus.

Last year, a border agent was accused of detaining and questioning two U.S. citizens after he overheard them speaking Spanish.

Hidalgo was elected county judge in November, and is the first Latina — and the first woman — to assume the top leadership position in Harris County, whose seat is Houston. The 28-year-old was born in Colombia but went to high school in a Houston suburb before attending Stanford, Harvard’s Kennedy School of Government and New York University Law School.

Kiran Khalid, a spokesman for Hidalgo’s office, said in a statement that the judge “is directly responsible for the safety of 4.5 million residents of Harris County, a third of whom are Spanish speakers. The vast majority of the public relies on local news for information in a time of crisis. Judge Hidalgo represents all of Harris County and given the county’s composition and her bilingual skills, she will continue to communicate as broadly as possible especially when public safety is at stake.”

Khalid added that Harris County’s emergency communications “also include having an ASL interpreter for each press conference.”