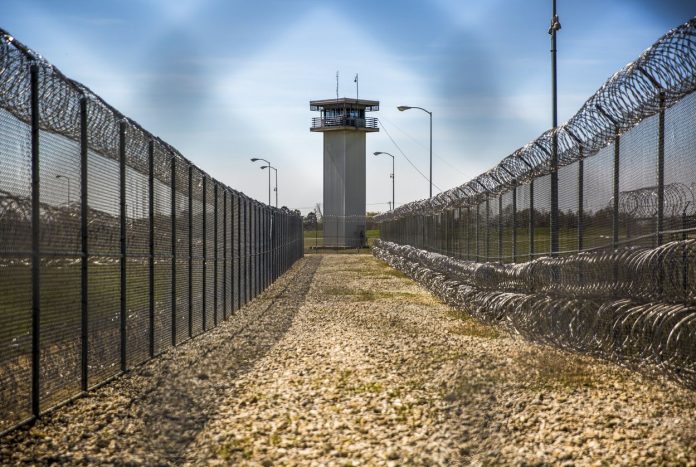 A federal judge is allowing prisoners’ attorneys to dig deeper and find out who is responsible for the Texas prison system’s violation of a court order requiring that some inmates be housed in air conditioning.

U.S. District Judge Keith Ellison ruled Wednesday in a lengthy lawsuit over prison heat conditions that inmates’ attorneys can further investigate the Texas Department of Criminal Justice’s failures this summer to provide air conditioning for inmates protected by the suit — and agency officials’ previous denials of such failures.

This year’s violations were presented to Ellison after the department settled the lawsuit in 2018 and agreed to air condition one prison and provide inmates who had been housed in it with cooled beds even if they were moved to other units. That settlement followed Ellison’s ruling that keeping vulnerable inmates in sweltering temperatures was cruel and unusual punishment.

“There is no dispute that Defendants violated the terms of the settlement agreement,” Ellison wrote in his ruling. “Additionally, Defendants have also admitted that they had previously made several serious misrepresentations to both [the inmates’ attorneys] and this Court.”

The judge did not decide whether he would hold TDCJ officials in contempt for the violations and declined to issue any fines for now. But the anger and exasperationEllison often exhibited in his courtroom over prison officials’ noncompliance with the settlement order and misrepresentation of prison conditions were still visible in his writing.

Not only did the state endanger inmates’ lives, he said, but it also prevented the discovery of the danger. Given the agency’s history of violations in this lawsuit and the inaccurate information officials presented to the court, Ellison wrote that the prison agency’s “promises that they will do better without intervention by this Court fall flat.”

The ruling sets the scene for further action in a yearslong lawsuit that originated at the William Pack prison near College Station. In 2014, several inmates at the prison sued the department for keeping them in uncooled housing where temperatures routinely surpass 100 degrees. The Pack prison was one of about 75 Texas prison facilities that didn’t have air conditioning in housing areas at the time.

In 2017, Ellison ordered medically vulnerable inmates at the prison to be placed in air conditioned beds, and the next year, TDCJ and the inmates’ lawyers settled.

Ellison praised the agency for the settlement, but that sentiment disappeared this summer, when the judge threatened to jail TDCJ officials for potentially deadly violations of the order.

In July, the inmates told their attorneys that two prisons housing dozens of prisoners covered by the settlement had temperatures that exceeded what the court order allowed. The prisons are air conditioned, but they claimed the coolingunits weren’t working. In one prison, TDCJ officials failed to report faulty cooling equipment to the attorneys, as the settlement requires, the ruling states. In the other, the Le Blanc prison in Beaumont, the agency falsely told the lawyers that temperatures were adequately cool.

When the lawyers continued to receive complaints from prisoners, they asked to inspect the unit, but TDCJ lawyers attempted to reschedule the inspection at the last minute. They said that the warden was out due to a family emergency and that senior TDCJ officials were out of town at a conference.

Both of those things were false, the agency has since admitted. A TDCJ lawyer said in September court hearings that the warden’s daughter had a nonemergency doctor’s appointment, and the conference had already ended.

In August, Ellison held an emergency hearing and demanded the inspection take place as scheduled, and it was discovered that temperatures were much higher than the 88-degree heat index, which accounts for humidity as well. That is the maximum temperature allowed by the settlement.

The inmates’ lawyers asked Ellison the next month to issue court sanctions for the violations, including hefty fines on the department. They claimed TDCJ officials lied to try to cover up the high temperatures and dangerous conditions and withheld information.

There have since been multiple hearings at which Ellison has slammed the agency’s conduct and ordered that the inmates immediately be placed in cooled housing. The agency’s executive director and a defendant in the lawsuit, Bryan Collier, has also appeared in the courtroom for questioning.

Collier admitted fault for the violations, absorbing admonishments from the judge and harsh accusations from the inmates’ lawyers. He outlined a plan to move the inmates and new policies created to ensure future compliance with the settlement, including installing permanent temperature readers at all prisons with air conditioning. But it’s still unclear who is to blame for the violations andmisrepresentations.

In Ellison’s ruling Wednesday, he said he would not impose fines on the agency at this point, since that is a cost to the taxpayers, not the individuals. But he said further discovery is necessary to figure out how the agency failed, who provided false information and how to ensure neither happens again.

“Despite numerous hearings, during which multiple witnesses testified, it is still unclear who is responsible for Defendants’ failure to abide by the settlement agreement,” he said. “None of Defendants’ witnesses were able to say who was responsible for the misrepresentations and misleading documents. … Responsibility was too easily pushed to unnamed mid-level TDCJ officials.”

The prisoners’ lawyers can now request more information from the agency on the violations and falsehoods and depose five TDCJ officials of their choice before requesting another hearing before Ellison. Ellison also allowed for the attorneys to collect market-rate fees from the agency for that work.

A TDCJ spokesman said he could not comment on pending litigation. Jeff Edwards, the lead lawyer for the plaintiffs, said those costs will likely be in the hundreds of thousands of dollars.

“We consider it a success because it allows us to find out who knew that they were violating the settlement agreement and who covered it up,” Edwards said. “It is step one in holding the real wrongdoers accountable.”