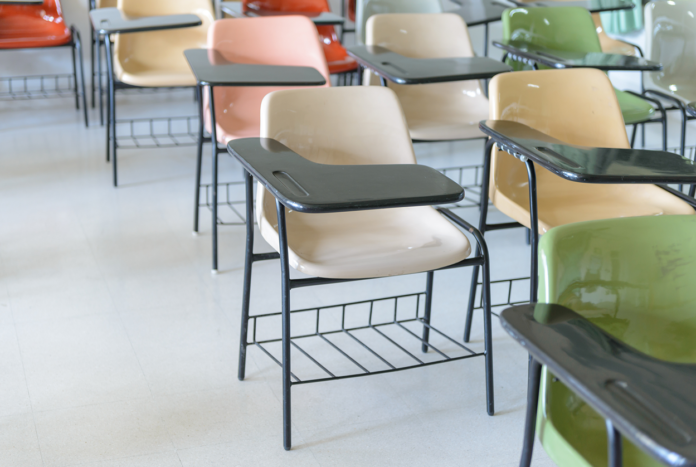 More than half of Texas public school students are in districts that don’t require teachers to be certified, according to state officials, due to a recent law giving schools more freedom on educational requirements.

A 2015 law lets public schools access exemptions from requirements such as teacher certification, school start dates and class sizes — the same exemptions allowed for open enrollment charter schools. Using a District of Innovation plan, districts can create a comprehensive educational program and identify provisions under Texas law that would inhibit their goals.

Data from the Texas Education Agency found that 604 rural and urban districts with innovation plans have received an exemption from teacher certification so far. Texas Association of School Boards spokesperson Dax Gonzalez said most of those districts are using the exemption so industry specialists — such as engineers, nurses and law enforcement officials — can offer hands-on learning to students in career and technology classes.

But the move has some education experts worried that districts are laying the groundwork for having uncertified teachers handle core subjects like math, science and language arts, despite a promise not to do so. Although uncertified educators have been able to teach core classes through waivers and permits, those are approved on a case-by-case basis.

Usually, in order to teach in Texas classrooms, candidates must obtain certification by earning a bachelor’s degree from an accredited college or university, completing an educator preparation program, passing the appropriate teacher certification exams, being fingerprinted for a national criminal background check and submitting a state application.

In Harlingen Consolidated Independent School District, Tim Soto is one of eight uncertified teachers, all responsible for career and technology courses. The electronic technician was hired to teach classes on hands-on tool usage and safety and electrical field practices.

This is Soto’s first year as a teacher, but he has worked for Harlingen CISD for 26 years as an apprentice electrician and a technology specialist. Soto, a college graduate, said he “jumped at the chance” to to give back to the district. And, he said, he’s received nothing but support from other teachers and his students’ parents in creating his curriculum.

“I was nervous, but things just fell into place,” Soto said. “I’ve found that my years of experience are invaluable for students. Instead of having them just read out of a textbook, I can show them how to use the proper tools and help them avoid making mistakes as an apprentice.”

But districts aren’t required to limit the exemption to only career and technology courses. The blanket certification exemption legally allows them to hire uncertified teachers for staple classes like Algebra I or Biology, and even for special education or early childhood classes.

“We don’t want it to expand,” said Kate Kuhlmann, a lobbyist with the Association of Texas Professional Educators. “There are a lot of people that have great content knowledge, but it’s also really important they have a strong understanding of and training in what it means to be a teacher.”

Because there are already avenues around teacher certification — such as waivers and permits that have to be accepted by TEA, the commissioner of education or the school board — a broader exemption should not be necessary, said Texas State Teachers Association spokesperson Clay Robison. Robison called the innovation plan exemption a way for districts to “cut corners” without the same accountability.

Many states have responded to a national teacher shortage by allowing emergency-type hires, said Desiree Carver-Thomas, a research and policy associate with the Learning Policy Institute, a nonprofit research organization based in California. More than 100,000 teachers were unqualified based on their state’s certification standards, according to data between 2015 and 2017, Carver-Thomas said.

But Texas exemption standards are among the broadest nationally, Kuhlmann said. Many states just offer permits or waivers for districts that need to fill classrooms with uncertified teachers. And while states like Kansas and Alabama have innovation district models that offer a teacher certification exemption, Kuhlmann said they have built-in parameters for how many districts can qualify and what classes fall under the exemption.

Still, receiving a response for case-by-case applications in Texas can take nearly a month, and there’s always the possibility of being rejected. And unlike the permit or waiver process, choosing exemptions under a District of Innovation plan involves community input, two-thirds buy-in from the district’s board of trustees and approval from a district-level decision-making committee, said Bruce Gearing, Dripping Springs ISD’s superintendent.

Gearing said he doesn’t foresee his district hiring uncertified teachers outside of career and technical education. Even if that need arises, he said, the district would have to go through a public amendment process to change the implementation of the teacher certification exemption.

“It’s about trust,” Gonzalez, the TASB spokesperson, said. “You either trust local school boards and administrations to go out and find the best teachers for students, or you don’t. And again, this exemption just allows a flexibility that charter schools already have.”