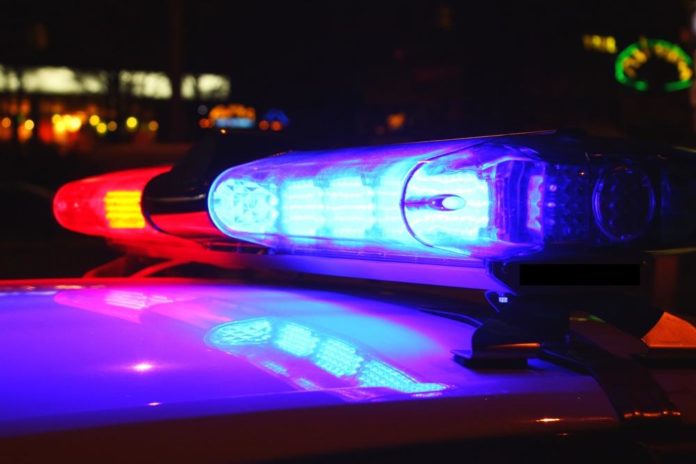 Three years after his son’s death, David Wood saw the driver accused of hitting his son on the highway in 2014 and leaving the scene finally receive a guilty verdict — but the punishment wasn’t what he, or the prosecutors handling the case, had hoped for.

The state found Joseph Cantu guilty of failing to stop and render aid, a second-degree felony, in 2017. He received six years of probation and community service — but no jail time — for the death of Philip Wood, a University of Texas track runner.

Philip’s parents wanted a harsher sentence for people like Cantu, even though it would not affect their son’s case, so they went to the Texas Legislature. Their five-year battle ended this month when House Bill 2502 went into effect. The new law created a mandatory minimum 120-day prison sentence for anyone who receives probation for failing to stop and render aid in cases that result in someone’s death.

At the end of Cantu’s 2017 trial, prosecutors asked for four months of jail time, a request denied by the judge, who instead sentenced Cantu to 12 days confinement to be served twice a year on Philip Wood’s birthday and the anniversary of his death. In a later appeal, a judge tossed out the 12-day imprisonment requirement.

Prosecutors asked for the four-month sentence to make the punishment equivalent to the automatic sentence when a defendant receives probation for intoxication manslaughter, which they felt was an equivalent crime.

But after the trial, Wood began pushing for a change to the state’s penal code that would make the automatic punishment for the two crimes the same. State Rep. Joe Moody, D-El Paso, took up the cause and authored HB 2502, which passed nearly unanimously during the spring legislative session.

“One never recovers from the loss of a child, as you can imagine; he was our only son,” Wood said. “It was not an easy or pleasant process, but we are believers that we try, if possible, to do things, if we have a bad experience, to make things better for other people.” He added that he hopes the family’s story serves as a deterrent.

Wood and his wife, Julia, have no other children. Although the family is from Pennsylvania, nearly 200 people attended a memorial service in Austin, Wood said. At the service, Philip’s coaches, professors, teammates and friends spoke of him as “someone who went out of his way to help people without expecting anything in return,” Wood said.

The track star loved Austin and wanted to make his career in the city as a coach and personal trainer, Wood said.

During testimony to the House Criminal Jurisprudence Committee in March, Moody said he hoped the bill would serve as a deterrent to drunken drivers and that someone wouldn’t leave the scene of an accident in the hopes of getting a lesser sentence. The state elevated the crime of failure to stop and render aid to the same charge as intoxication manslaughter during the 2013 legislative session, but the two were not given equivalent mandatory prison sentences at the time.

“For a long time, there was a perverse incentive in Texas law. The punishment for running someone down and then fleeing the scene was less than the punishment for intoxication manslaughter,” Moody said at the March committee hearing. “The law basically encouraged any drunk driver who cared more about self-preservation than doing the right thing to take off and leave someone dead or dying on the side of the road. … Our laws shouldn’t promote bad behavior.”

The Travis County District Attorney’s Office was one of several entities to register in support of the bill, along with other DA’s offices around the state.

Wood was encouraged by members of Travis County District Attorney’s office, who thought the added penalty for hit-and-runs “would make a difference once the word got out.”

“We felt that, you know, these two offenses have equally tragic and horrific consequences, so it seems very appropriate to us that they would have equal punishments possible that you’d be facing,” said Matthew Foye, an assistant DA for Travis County.

A spokeswoman for the Combined Law Enforcement Associations of Texas, Jennifer Szimanski, said in a statement that her organization “stood in full support of the bill” because “consistency within the statutes is important in order to maintain clear and concise results in the justice system from front line officers all the way through the judicial process.”

The only person to vote against the bill was state Rep. Terry Canales, D-Edinburg. Canales said he doubted the likelihood that HB 2502 would prevent future hit-and-run accidents because it lacked funding to support anti-drunken driving initiatives or encourage people to stop when involved in a motor vehicle accident. Canales, a lawyer, said he would also rather leave decisions about punishments for crimes to the courts.

“Justice demands that we do not paint with broad strokes. Every case is a case-by-case basis. The fact that we’re dealing with human beings means every accident, every crime, every one is as unique as a fingerprint,” Canales said. “And the reality is trying to wholesale dispense justice from the Legislature is only going to breed injustice.”

Foye, who helped prosecute Cantu’s case, acknowledged the possibility that the law might not have much of a deterrent effect at first and that it might take a high-profile trial in the future to raise awareness among the public.

In the meantime, Foye said his office is working with the Woods family to find ways to raise awareness about the law.

“That happens with the criminal justice system sometimes, where it’s sort of not until a change in the law happens and someone is convicted and punished for it that people start to realize, ‘Oh my gosh, you can actually get in trouble for this,’ or you can get a more harsh penalty for this on the back end,” Foye said. “That’s why we’re trying to see what we can do to help the Woods family get the word out on the front end to maybe deter earlier.”