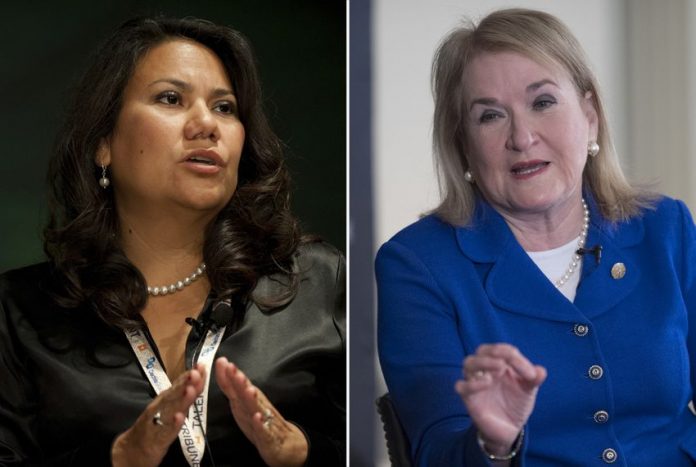 A pair of veteran Democratic Texas lawmakers made congressional history Tuesday night as the first-ever Latinas elected to represent Texas in the U.S. House.

“It’s about time,” Garcia told her supporters at a victory party in Houston, citing various other elected offices she’s been the first Hispanic, first woman — or both — to hold.

She and Escobar have made history in at least one other way: They are among the first Texas freshman women elected to a full term in Congress in more than 20 years.

Cristina Tzintzún Ramirez, the founder of Jolt Texas, a group that works to increase civic participation among Latinos, said that their victories reflect a “changing face of power” in the state, one of the most heavily Hispanic in the country.

“This is a win for the Latino community across Texas and especially to the millions of young Latina girls that have not been able to see anyone in Congress who looks like them or represents their background,” she said.