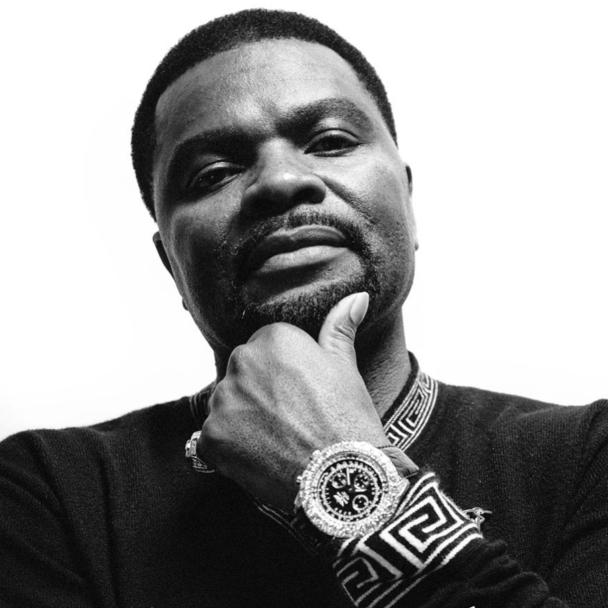 Houston native and legendary entrepreneur/music mogul James Prince will receive an honorary doctorate degree from Texas Southern University during Commencement ceremonies on Saturday, May 18, 2019. Prince will be honored with a Doctorate of Humane Letters at the 8 a.m. ceremony, which will be held in the Health & Physical Education (H&PE) Arena.

Prince, also known as J. Prince, is the founder and CEO of Rap-a-Lot Records, a Houston-based Hip-Hop record label created in 1986. His diverse interests also include the world of boxing, where he has been a successful manager to the likes of Andre Ward and Floyd Mayweather, Jr., real estate investment, ranching, and being a business partner with his adult children.

“J. Prince is a Houston icon, and his connection to Texas Southern is strong,” said TSU President Dr. Austin A. Lane. “In honoring him with this degree, we are expressing our appreciation for his ongoing support, and we are sending a message to all of the TSU community that following one’s dreams, against all odds, leads to great things.”

Last fall, J. Prince authored his first book, The Art & Science of Respect, a memoir in which he explains how he earned his reputation as one of the most respected men in Hip-Hop by staying true to his three principles of heart, loyalty, and commitment, and an unwavering faith in God. TSU hosted J. Prince on campus as the book released, and he spoke to hundreds of students about the lessons he’s learned throughout his career. That experience at TSU, as well as multiple other connections with the university, including internships that Rap-a-Lot provides to TSU students – and the fact that KTSU was one of the first stations to expose the music world to his talents, led him to establish a generous endowed scholarship last month for TSU students in need of financial support.

“The love and support shown to me when I visited TSU was tremendous,” said Prince. “I’m honored to be able to give back to the university in a variety of ways, and I’m humbled to receive this degree.”

J. Prince has always been committed to giving back to the community in which he was raised. While he has worked for the past three decades to promote the culture and art of Hip-Hop, he has worked equally hard to promote underprivileged neighborhoods and communities in inner-city Houston, including the 5th Ward neighborhood where he grew up.

He is responsible for building a new recreation center in the 5th Ward, providing a safe haven for kids and seniors to have a place to go, using the facility to support the community for Thanksgiving, Christmas, Back to School, and at other critical times. He led the charge on educating youth about HIV/AIDS prevention and testing with the launching of Strapped, in coordination with a string of initiatives addressing the issue of AIDS in the black community. As a result of these and other efforts, he was honored with James Prince Day in Houston by former Mayor Bill White.Nationally, J. Prince was honored alongside Master P, Jermaine Dupri, Timbaland, and Slick Rick at the VH1 7th annual Hip Hop Honors Awards for both his creative contributions and his philanthropic ventures. Prince is credited with putting the South on the Hip-Hop map, beginning in the 1980s and continuing with one of Houston’s most famous acts, the Geto Boys.