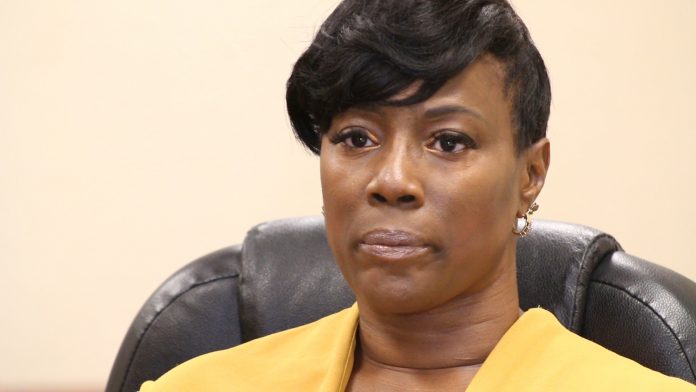 Crystal Mason, the woman with a felony who voted in 2016 not knowing she was not supposed to, just got more prison time for her harmless mistake. Mason was sentenced to five years in prison for violating Texas law for voting as a felon in the 2016 election, but now more time has been added on to her sentence. Huffington Post reports that 10 more months has been added on to her sentence for violating the terms of her supervised release, which was to not commit another state, federal or local crime.

“This is a gross miscarriage of justice,” Mason’s attorney Kim Cole to the Huff Post. “The entire state prosecution was designed to suppress minority votes in Tarrant County.”

Once she is released from prison, Mason will also have 26 months of supervised release.

Mason, 43, had served three already for tax fraud after being sentenced in 2011. She said when she was released from prison, she was not informed that she could not vote as a felon on supervised release. Mason also said that when she was at the polling location no one stopped her.

While she was a free woman, Mason had turned her life around. She had attended beauty school and had been working for the state of Texas. She was also able to be there to see her children graduate.

Alison Grinter, Mason’s other attorney, said this case can unfortunately lead to more voter fraud laws that target people who didn’t know they couldn’t vote because of their criminal background.

“There are going to be Crystal Masons in the world,” Grinter said. “There are going to be people who cast a provisional ballot because they’re not sure or they mistakenly believe that they are qualified. If you round up every single Crystal Mason that there is, you might be able to patchwork together a fraud on the populace, which is that in-person voter fraud is a real thing. Once you do that, you give a lot of fertile ground to lawmakers who want to pass voter intimidation laws.”

Back in March, Mason said she would not never jeopardize her freedom again intentionally.

“I inflated returns,” Mason told the Star-Telegram. “I was trying to get more money back for my clients. I admitted that. I owned up to that. I took accountability for that. I would never do that again. I was happy enough to come home and see my daughter graduate. My son is about to graduate. Why would I jeopardize that? Not to vote. … I didn’t even want to go vote.”

Mason will be surrendering herself in on September 13th.