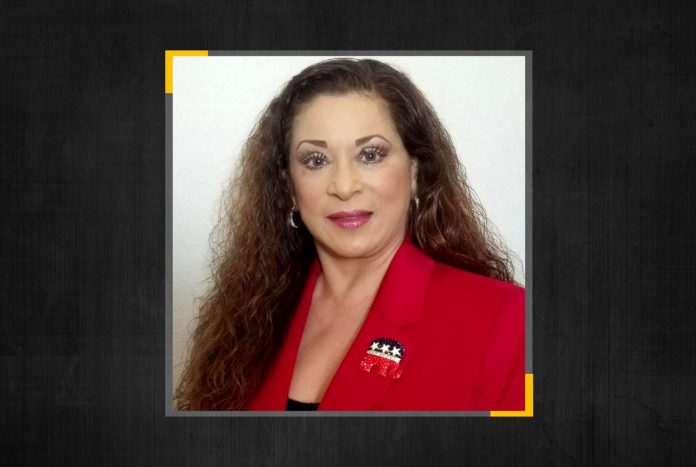 Some of Texas’ top Republicans are urging a county party leader to step down after the revelation that she sent a text that included a racist slur.

The Galveston County situation, first reported Saturday evening by the Galveston Daily News, centers on a months-old text exchange in which Waters complained to another person about her local State Republican Executive Committee member — J.T. Edwards, who is black. In the texts, she referred to him as a “Typical Nig.”

Waters told the newspaper she made an “unfortunate typo” but did not elaborate on what she had meant instead, saying she could not remember. She apologized in a Facebook post to “anyone who took my typo in offense” and said she intends “to keep my position in the upcoming election.”

“I am saddened and hurt that anyone believes I am ‘racist’ against my own people,” said Waters, who identifies as “Latina/African-American.”

Dickey said in a statement to the Daily News that the Texas GOP “does not tolerate racist remarks and actions,” adding that he has asked her to resign. Abbott spokesman John Wittman called Waters’ text “abhorrent” and said the language has “no place in the Republican Party.” After the Daily News story was published, Bush tweeted that Waters should apologize and resign. And on Sunday afternoon, Patrick tweeted that Waters should step down “immediately.”

Sixteen Galveston County precinct chairs have also signed on to a statement calling for her immediate resignation.

As for Edwards, he said in a statement that the news of Waters’ text “shook me to my core.”

“It was shocking, and it goes against every principle of our party,” Edwards wrote in the statement, which is dated Nov. 16.

Party officials have been aware of the text for weeks. Wittman said Waters was asked late last month to resign from a state board to which Abbott had appointed her, and she did so two days later.

In the text exchange, a copy of which has been reviewed by the Tribune, Waters vented about Edwards asking for money to attend a meeting in Austin, suggesting he “lives off everyone else” and “really abuses.” When the other person asked, “Why doesn’t he work?”, Waters replied, “Typical Nig.” The Daily News reported that the text exchange occurred in March, and the other person was Alicia Youngblood, secretary for the Galveston County GOP.

The pressure comes days after Texas Republicans confronted another controversy involving race. State Rep. Rick Miller, R-Sugar Land, was forced to retire Tuesdayrather than seek reelection after prompting bipartisan condemnation for saying he was drawing primary opponents because they were Asian.