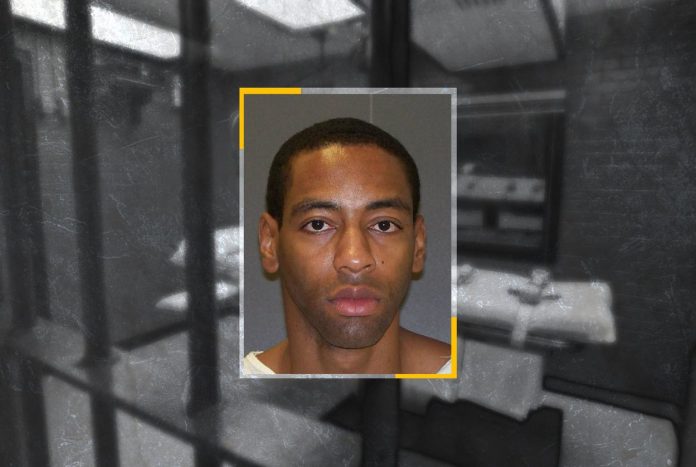 Texas officials aren’t disputing that prosecutors introduced false testimony at Travis Runnels’ 2005 capital murder trial in Amarillo. Instead, they argue the state should still execute him even if they did.

Runnels, 46, is scheduled to be executed Wednesday evening in Texas’ death chamber in Huntsville. There’s no question of his guilt in the 2003 prison murder of Stanley Wiley, a supervisor at the Clement Unit’s boot factory where Runnels worked while serving a 70-year aggravated robbery sentence. He pleaded guilty at trial, despite knowing the state was seeking the death penalty.

But at his punishment hearing, where jurors in part weigh how likely a capital murder convict is to be dangerous in the future, the state introduced as a witness A.P. Merillat, who at the time was a criminal investigator for the state prosecutors that handle prison crimes. He has testified in at least 15 trials that resulted in death sentences, but his incorrect testimony on the levels of security in prisons has since led to two overturned death sentences in Texas.

Runnels is hoping the state’s reliance on Merillat’s testimony will prompt the U.S. Supreme Court to stop his execution, too.

“As was the case in several other capital trials in which Merillat testified, the purpose of his testimony was to establish for the jury that the state prison system’s security for non-death sentenced inmates was so lax that the defendant would be a danger to others in prison if he received a life sentence,” wrote attorneys Mark Pickett and Janet Gilger-VanderZanden in a petition to the high court.

The Supreme Court has ruled that a death sentence based on materially inaccurate evidence is unconstitutional, and a court must overturn a death sentence unless judges determine beyond a reasonable doubt that the falsehood didn’t contribute to the punishment, according to a Texas court ruling. Texas and Potter County officials have argued that Runnels’ crime and his assaults on guards afterwards were more than enough for the jury to have decided he was a future threat, regardless of Merillat’s testimony.

Runnels’ appeal was rejected by the Texas Court of Criminal Appeals without comment or consideration of its merits. Potter County had argued Texas law did not allow the court to review the appeal because it was filed too near his execution and could have been raised earlier. Pickett pointed plainly to the claim of false testimony in response.

“You shouldn’t be allowed to get a death sentence based on false testimony,” he said after the Texas court ruling. “This is testimony that… no one is disputing is false.”

Merillat was called as a witness to describe how the Texas prison system decides the level of supervision and types of restrictions on housing and activity that inmates need. Generally, prisoners are assigned to one of five levels of the general population — with G1 being the least restrictive and G5 being the most — or to solitary confinement. Death row inmates are housed in solitary confinement,which means they are almost always in their cells except for solo recreation orlimited visits behind glass.

At trial, Merillat testified that, unless they are sentenced to death, capital murder convicts automatically are assigned to the relatively unrestricted housing as a G3 inmate. Inmates at that level live in dorms or cells with other prisoners and have less supervision. They also have more job options and recreation time. Merillatsaid the prison wouldn’t look at previous convictions (Runnels had three) and that after 10 years, they could get an even less restrictive custody level.

Runnels’ lawyers say his testimony was “plainly and patently false.” And Merillat acknowledged in an interview with The Texas Tribune that he might have been wrong in Amarillo.

“When I testified, I testified with the knowledge that I had at the time,” he said.

The Texas Department of Criminal Justice’s classification plan was changed months before Runnels’ trial to indicate that capital murder convicts sentenced to life in prison would never be allowed to be classified at a level below G3. It also states that those designated as having assaulted prison staff must first be at least a G4 — meaning more restrictions on visits, jobs, housing and recreation. Finally, though Merillat testified it’s an automatic process, the plan says custody level is set by a committee based on their professional judgment and the inmate’s total record.

He was a janitor at the prison boot factory in Amarillo, serving a long sentence for an aggravated robbery in Dallas. During a shift in January 2003, Runnels was angry about not being transferred to the barber shop for work, according to court records. He approached Wiley with a knife and slit his throat, killing him.

Runnels had previously hit a guard in the jaw. And after Wiley’s death, when Runnels was kept in high-security custody while awaiting trial, he threw urine, feces and a light bulb at guards on separate occasions, according to court records.

Runnels’ attorneys point to such offenses as reasons why he would have been kept in solitary confinement if given a life sentence, not as a G3 inmate as Merillat said. Prosecutors argue Runnels’ history is a clear reason why the jury decided he’d be a future danger, therefore giving him a death sentence.

“The jury would undoubtedly have found Runnels to be a future danger no matter how strict his classification,” Texas Assistant Attorney General Jefferson Clendenin wrote to the Supreme Court Monday in the state’s brief.

In the two cases where the Texas Court of Criminal Appeals tossed death sentences based on Merillat’s testimony, state officials said the men had little or no criminal histories. In one case, the jury specifically questioned during sentencing deliberations if the convict would get less restrictive housing later, according to the attorney general’s filing. Others who have fought in the courts over Merillat’s testimony have been executed.

Merillat now works for the Montgomery County’s District Attorney’s Office. He wanted to make clear that he didn’t testify in Runnels’ case for money, and that he had no agenda. He said he wouldn’t want anyone to suffer because he may have given bad information.

Runnels is set to be the ninth and final person executed in Texas this year. Seven more are scheduled for execution through May.