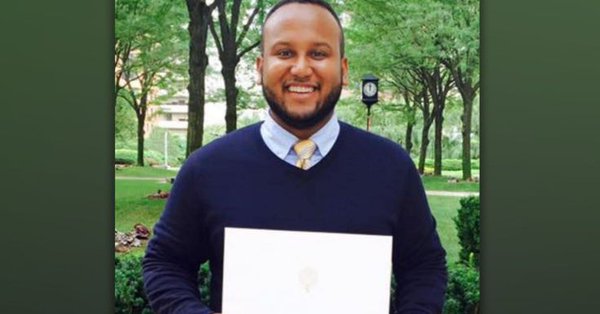 A fine arts teacher at a Texas middle school attempted suicide in his classroom during school hours on Monday, according to Lamar Consolidated Independent School District officials.

Jordan Halane, 31, who taught at Wessendorf Middle School in the Houston suburb of Rosenberg, was found unconscious and alone in his classroom by another teacher. He was rushed to Oak Bend Medical Center, where he passed away, ABC 13 reported.

The school’s principal, Sonya Sanzo, penned a letter to parents explaining what happened. Sanzo said students were placed on a hold and held inside their classrooms as the situation unfolded, unaware of the medical emergency.

She confirmed no weapons were found on campus and that students were never in any danger, noting Halane’s classroom was in a part of the building not easily accessible by students.

“Unfortunately, we believe it was the teacher’s intent to harm himself,” Sanzo wrote.

The school day continued on a slightly modified schedule and classes were dismissed at the end of the day, per usual.

“Our focus is always on the safety and well-being of our students,” the principal wrote in her letter. “We felt you should be aware of the situation in case your child comes home with questions or concerns.”

Halane’s close friends and peers took to social media this week to pay tribute to the late teacher, who married in 2016.

Celeste M. Barretto, a peer, described Halane as a “great listener” and “a kind soul.”

“Jordan was a great recruiter … and must have carried pain we knew nothing about. He is deeply missed,” Barretto wrote on Facebook.

Twitter user @Panadoara lamented the passing of her friend, writing, “It’s hard to accept. Jordan was one of the most public-spirited people I have known. His impact on youth and families cannot be measured.”

“I learned so much from you about what it looks like to lead with humility, perseverance & joy,” said Annie Kessler, who worked with Halane, on Facebook. “I am so sad today and so grateful for the love & friendship you brought to this world in such a short time.”

It’s still unclear what may have driven Halane to suicide.

A GoFundMe campaign has since been launched to assist with the teacher’s funeral expenses. So far, the page has raised about $4,500 in donations

School officials said counselors are on hand to speak with students and staff as needed.

If you or someone you know is contemplating suicide, please contact the National Suicide Prevention Lifeline at 1-800-273-TALK (8255) or text “HOME” to the Crisis Text Line at 741741.