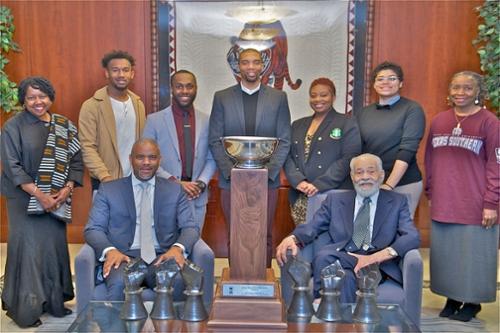 “We are so proud of the students, as well as the faculty and staff, who work so hard to help them prepare and excel in competition and in life,” said TSU President Austin A. Lane.

“They are an excellent representation of the type of students Texas Southern University produces,” said Lane, “The TSU community is behind them one hundred percent and look forward to their future success.”

“Winning the Championship for two consecutive years means so much to me because it makes us all TSU Proud and it makes Dr. Freeman so excited that the team continues to do well during his 70th year as Founder of the team,” said TSU Debate Team head coach Gloria Batiste- Roberts.