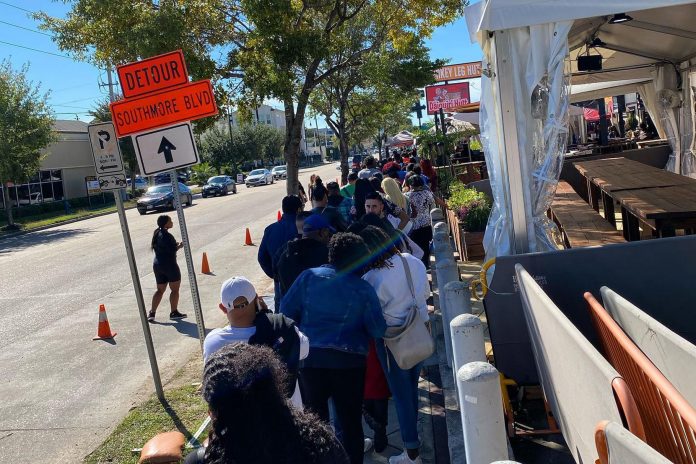 A December 6 hearing on a temporary restraining order may decide the fate of the popular Turkey Leg Hut in Third Ward. The hearing is a result of a lawsuit filed by nearby residents that allege that the Turkey Leg Hut’s smokers operate outside of city regulations and cause serious problems for its residential neighbors

Owner Nakia Price described the claims made in the lawsuit as “purely speculative” and “defamatory.”

“This lawsuit was filed by a handful of people who want to vilify the Turkey Leg Hut as a nuisance to the community,” Price said. “It is difficult to not presume that they just don’t want us here.”

Price also said that, back in September, the Turkey Leg Hut obtained a permit from the city of Houston to build a “ventilated, fully-enclosed smoking area” that they hoped would solve any disputes between the restaurant and its neighbors. They help a meeting on November 13 and only a handful of neighbors present at that meeting opposed the construction of the pit enclosure that would solve the very issue this lawsuit is founded on.

The lawsuit claims that the Turkey Leg Hut’s “noxious” smoke is pouring into homes near the restaurant, along with a laundry list of complaints against the restaurant that ranges from noise complaints to allegations that its customers park illegally in the neighborhood. issued a temporary restraining order barring the Turkey Leg Hut from operating its smokers between the hours of 8 p.m. and 6 p.m. every day.

The plaintiff’s attorney said they filed the lawsuit because they were tired of waiting on the city to do something.