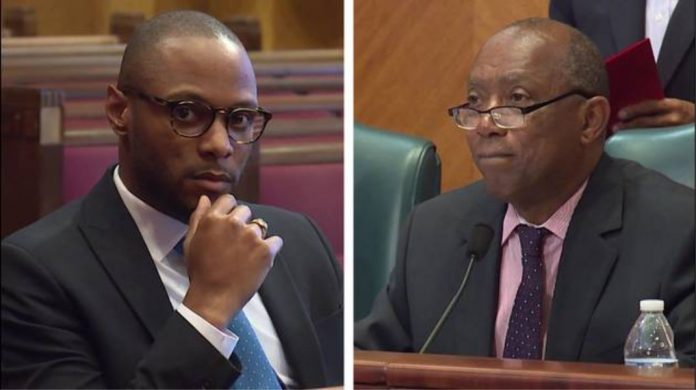 Mayor Sylvester Turner is responding to allegations that he signed off on an intern’s $95,000 annual salary.

Marvin Agumagu received a position as an intern in the management training program of the Houston Airport System, according to Turner.Agumagu was offered a position as senior staff analyst for the airport’s Executive Internship program, receiving a salary with benefits. He took the position in October 2018.

Mayoral candidate Tony Buzbee blasted the hire, which was first reported by KPRC-TV.

“The mayor claims he can’t find the money to pay for police, fire and floods, but based on three emails, he can hire an intern for 95K a year plus benefits,” Buzbee said. “He created this internship during a hiring freeze, he made this up. We are going to have to ask him why.”

Turner said, “Mr. Marvin Agumagu’s salary is commensurate with his education and experience. He has three advanced degrees, including a bachelor’s degree, Master’s Degree and a law degree. He also has experience in international relations and governmental affairs which is an asset for the City of Houston’s 5-star international airports.

“The City of Houston is proud of our record on recruiting, hiring and retaining qualified individuals,” Turner said. “We are especially proud of our intentional outreach to attract millennials who bring innovative ideas and energy to our workforce.”

Buzbee has asked the state to investigate.