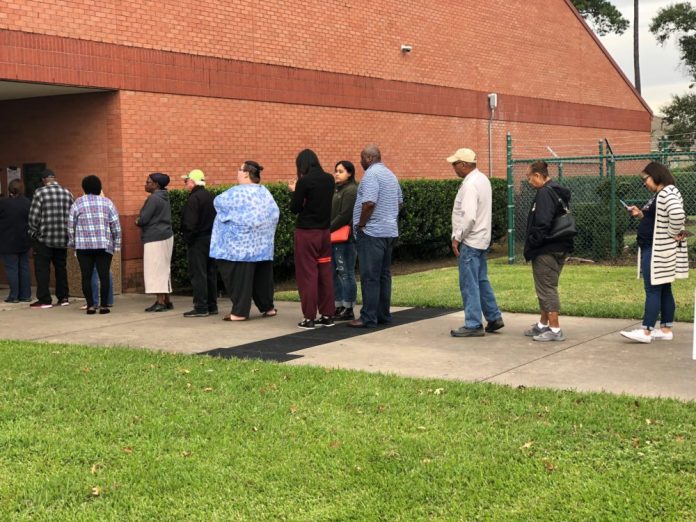 In just over a month, Houston voters will decide who runs the nation’s fourth largest city for the next four years. They’ll also be asked to let METRO borrow $3.5 billion for infrastructure projects. Some residents will vote in two statehouse elections, and voters across Texas will weigh in on eight propositions.

If the election were held today, incumbent Sylvester Turner would take the city’s highest office for a second and final term and METRO would win the funds it wants for 16 miles of new light rail, 75 miles of bus rapid transit routes and infrastructure improvements. That’s according to a poll of 501 registered voters that Houston Public Media commissioned together with KHOU.

Houston voters also rated Turner’s performance so far, with slightly more than half saying the mayor is doing an ‘excellent’ or ‘good’ job. And the highest priority Houston residents want city government to address: flooding.

These are just a few of the insights from 2019 Houston Public Media-KHOU poll. Below are the full breakdowns.

More than a third of respondents said they’re planning to vote for Turner. The second largest group — almost a quarter of respondents — haven’t decided on a candidate yet. The rest of the breakdown: