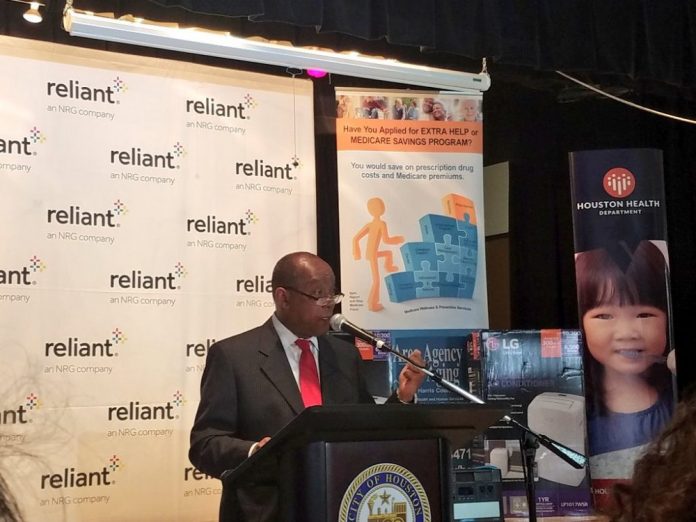 A judge issued a temporary restraining order Tuesday preventing “illegal campaigning” against the ballot initiative that will eventually decide whether Houston firefighters will be paid the same as the city’s police officers, according to the firefighters union.

Leaders of the Houston Professional Fire Fighters Association said that the order came after a budget meeting was called last week during which Mayor Sylvester Turner and Councilman Dave Martin campaigned against the measure. Union leaders said the Texas Election Code prohibits public resources from being used to further the political agenda of any public official.

Turner said in a statement that he disagrees with the decision:

“I believe the Judge erred in his ruling that the City cannot make available the hearing of the Budget and Fiscal Affairs Committee because some council members said they were against or for the firefighters’ union referendum which would cost the City at a minimum $300M over 3 years. That is the equivalent of a 25% pay raise for firefighters which the City cannot afford. The public has a right to listen to the public hearing and we will vigorously challenge the Judge’s ruling.

“The Mayor offered the FFs a 9.5% pay raise and they refused it.”

“The lawsuit the Houston Professional Firefighters Association has brought against me is a disservice to the public and their right to transparency. I have not used the Budget and Fiscal Affairs (BFA) Committee to ‘electioneer’ as no positions to support or oppose pay parity were a topic of conversation. What my committee did discuss, was the possible fiscal implications of the proposed Firefighter Charter Amendment that will be on the ballot in November.

We as a Council have a duty to the citizens of Houston to take a thorough review of the Firefighter Charter Amendment language and its impact to the overall City’s budget.  The Houston Professional Firefighters Association continues to decline opportunities to help us understand the proposed Charter Amendment language as they did last Thursday with their refusal to tell their story during our Budget and Fiscal Affairs Committee meeting.

As BFA chair the purpose of our meeting held last Thursday was to understand the fiscal impact to the City of undertaking Firefighter pay parity. We want everyone to be informed on all aspects of this issue, and this BFA meeting is part of our due diligence to make sure that we have taken into account all details of the firefighter proposed Charter Amendment that could have an impact on how taxpayer dollars are used.

If the Houston Professional Firefighters Association has the data and numbers to assist us in making this issue easier to understand, we would like to hear from them. We offered them the chance, but they refuse to present their data.”

A petition with more than 20,000 signatures was approved, meaning the issue of pay parity must be put to the voters. The City Council has yet to place the measure on a ballot.