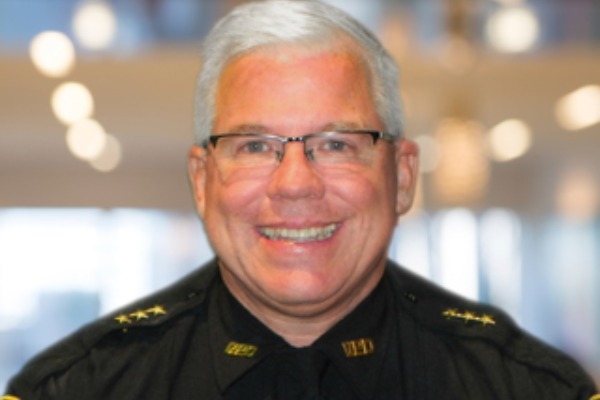 The chief of a police department in southeast Texas is apologizing after residents became outraged Tuesday night when an alert was sent out specifically asking them to contact authorities should they “see any black males.”

The Vidor Police Department was on a manhunt on Nov. 19 when News 12 reported officers were searching for four men who stole money from an ATM in Alabama. After receiving a tip that the men were driving through Vidor, Texas, officers tried to pull them over. However, they raced off at around 6:30 p.m. Before 7 p.m. rolled around, a text alert was issued to residents informing them that potential robbers were in the area.

“Burglary Suspects in the area. Please shelter in place and notify Vidor Police if you see any black males in the area. No other description at this time. Heavy Law Enforcement in the area. Use caution. Unk if any weapons,” the text read in full.

“SMH. This is why I never stop in Vidor for gas when driving from Texas to Louisiana. The Vidor police said to notify them if you see any black males in the area. 🙄”

“What else would we be expecting other that some sh*t like this comin from a place like vidor? 🤷🏿‍♂️”

Police Chief Rod Carroll told News 12 in an interview Nov. 21 that he was aware of the alert being sent out but did not learn about the wording until Wednesday morning.

“I apologize to anyone that was offended because I will tell you I was personally offended when I read that message that went out,” Carroll said after noting his heart dropped when he saw the text. “I trust my folks and that’s one of the things I need to make sure that we’re very specific in what we send out and being very careful in the wording that we send out.”

He added that the text was too vague and was missing more details.

“It did not include, A, that first off the 1800 block of North Tram was the location of where we were looking for these individuals, and the word ‘suspicious’ Just because you’re a black male walking through Vidor, Texas, doesn’t make him the suspect. We need to get past this stigma.”

Stressing the importance of treating “all people with respect,” Caroll said he spoke to the person who sent out the alert and is managing the matter internally.

Yet despite the police chief’s apology, it was not enough to quell citizens. As of Friday afternoon, outrage continued to pour out online.

“He put every black man in the area in danger with just one push of a button. I’d sue and file a complaint, state and federal.”

The four men, meanwhile, have not been apprehended. Police believe they are no longer in the area after being picked up in a different vehicle.