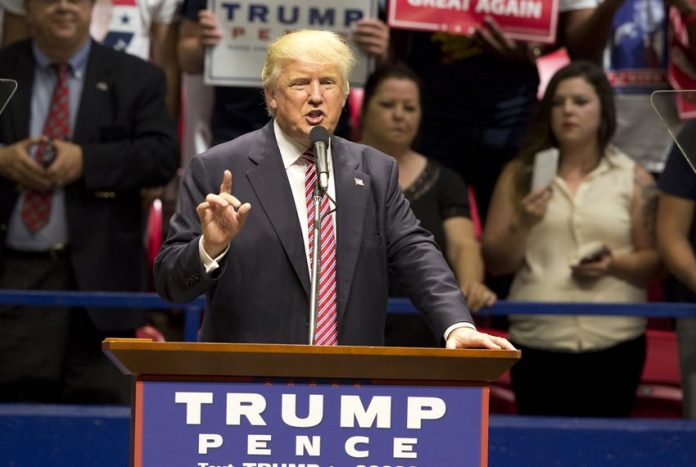 When President Donald Trump first announced he would travel to Texas to campaign for U.S. Sen. Ted Cruz, at least one Texas Republican operative prayed for the rally to take place at Kyle Field in College Station — and the sentiment had nothing to do with Aggie pride.

At issue was a fear that if the Trump rally took place in one of Texas’ big cities — particularly Dallas or Houston — the president’s presence could further incite the Democratic base in races where Republican incumbents are in the fights of their political lives.

Instead, Trump is headed to the heart of Houston on Monday. And some — but not all — Texas Republican operatives are anxious that he could hurt local incumbents, particularly U.S. Rep. John Culberson and state Rep. Sarah Davis.

“On average, Trump’s visit will benefit Republican candidates running statewide by helping to ramp up turnout by Republicans and non-Republicans who are Trump supporters,” Rice University professor Mark Jones said in an email to The Texas Tribune.

To be sure, the Trump rally at Toyota Center is the hottest ticket in town, and state politicians like Gov. Greg Abbott are expected to join Cruz at the rally.

But some notable local Republicans won’t be there, including Culberson, who told the Tribune he had a previously scheduled event.

After a Sunday night debate against his rival, Democratic attorney Lizzie Pannill Fletcher, Culberson suggested that even amid his absence, Trump’s presence will “reinvigorate the Republican primary voters who really need to understand how important this race is in west Houston.”

“I wish I could be there,” he added. “I always keep my word, and I’m going to keep my word to my constituents to be there tomorrow to help speak to them about how to recover best from Hurricane Harvey.”

At the same post-debate availability with reporters , Fletcher was quick to bring up the fact that Hillary Clinton narrowly carried this district over Trump in the 2016 presidential contest.

“It’s a helpful reminder of what’s at stake in this election when he comes here tomorrow,” she said.

Other Culberson allies insist there are few persuadable voters left in Houston’s 7th Congressional District and say Trump will likely boost enthusiasm on both sides. There also is an increasing sense in GOP circles that the Democratic base is so activated that it is not possible to motivate it any more.

Davis, who has managed to hold onto a state House district that overlays much of Culberson’s west Houston Congressional district, is in a competitive race against Democratic challenger Allison Lami Sawyer. Her camp declined to answer a Tribune query on the matter.

“Davis is the best situated of the two to withstand the negative effect of Trump’s visit given her strong personal brand in the district, especially among college-educated Anglo women, who are less likely to cast a vote against her to signal their opposition to President Trump,” said Jones, the Rice professor. “Culberson lacks the independent personal brand possessed by Davis, and is thus more vulnerable to any anti-Trump blowback among college-educated Anglo Republican women that is fueled by Trump’s visit and a greater linkage between him and Culberson in the eyes of these voters.”

Elsewhere, veteran Dan Crenshaw, the Republican nominee in an open congressional seat that winds from conservative Kingwood to liberal Montrose, plans to attend a previously scheduled event. Crenshaw is running to represent a historically safe GOP seat, but he faces a well-funded rival in Democratic nonprofit executive Todd Litton.

Long before most Texans ever heard of Beto O’Rourke, the primary goal for Texas Democrats was to hold — if not build on — party gains in 2016 in Harris County. Trump’s appearance here only underscores the pivotal place the state’s most populous county holds in this year’s midterms.

But the target audience for this rally goes well beyond Houston. His presence embodies the logic of other Republicans — that Trump will motivate party loyalists outside the city limits to turn out for other Republicans.

In that vein, U.S. Rep. Pete Olson, a Republican who represents the Houston suburb of Sugar Land, will be there. Olson has a restive challenge from Democratic candidate Sri Preston Kulkarni, but his suburban district is so far more supportive of Trump than the urban parts of the region.

This is also the state’s largest television market, and some of the most potent pockets of conservatism are in the region — the suburbs and the exurbs where Tea Party activism dominates political life. These areas, while not necessarily a part of Houston proper, are situated in the city’s media market and are sure to see Trump on the local news throughout this travel.

Roe said it was the White House, not the Cruz campaign, that made the call on Houston, but he said he wholly agreed with it.

“The White House is smart. They know where to go,” Roe told reporters last week. “Trump’s been to Dallas a few times anyway.”