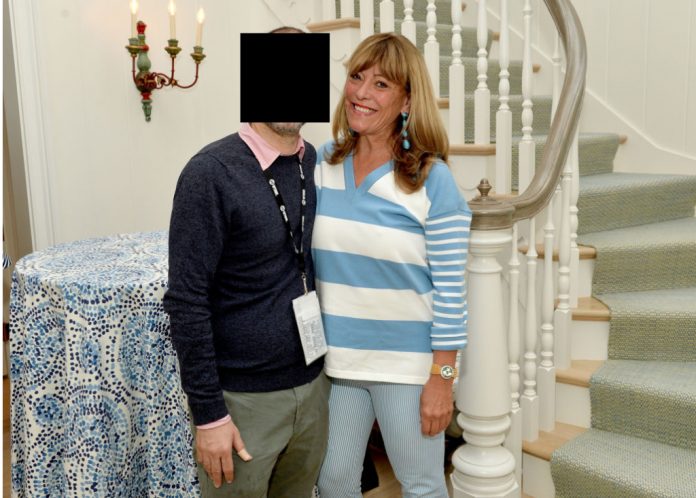 Franci Neely, a Houston socialite, went viral after a biracial couple filmed her confronting and even physically assaulting the man. As you may remember, Neely did this because the couple were taking pictures of their one-year-old daughter at the park. She was annoyed by the fact that the couple blocked the walkway for the photo shoot.

Neely, who is the ex-wife of Houston Astros owner Jim Crane And instead of asking the couple to move or follow the established rules of calling the city to report violations of park protocol, she parked and got out of her car, allowed her dog to run up on the baby, who was sitting on a blanket on the ground and then harassed the couple, hitting the man twice during the confrontation.

I don’t know why she felt the need to act as the cop, judge and jury for such a trivial offense. And after the couple posted the video on their Facebook pages and it went viral, many people were wondering the same thing. Since Neely has been publicly shamed, she felt the need to apologize. And she did so in a twenty-eight-second video.

See what she had to say below.

“A week ago, I let my emotions overtake my better self. And I apologize from the bottom of my heart. To my family, friends, neighbors and fellow Houstonians, I ask for forgiveness and understanding. I love Houston and ask that we come together to heal. And I extend my hand in friendship.”

You might have noticed that nowhere in this apology did she address the family she assaulted or the ramifications of her behavior. There’s a good chance that she doesn’t know or understand the severity of what she’s done.

After local news stations picked up Neely’s apology, people weighed in about whether they found her apology sincere and a whole lot more.