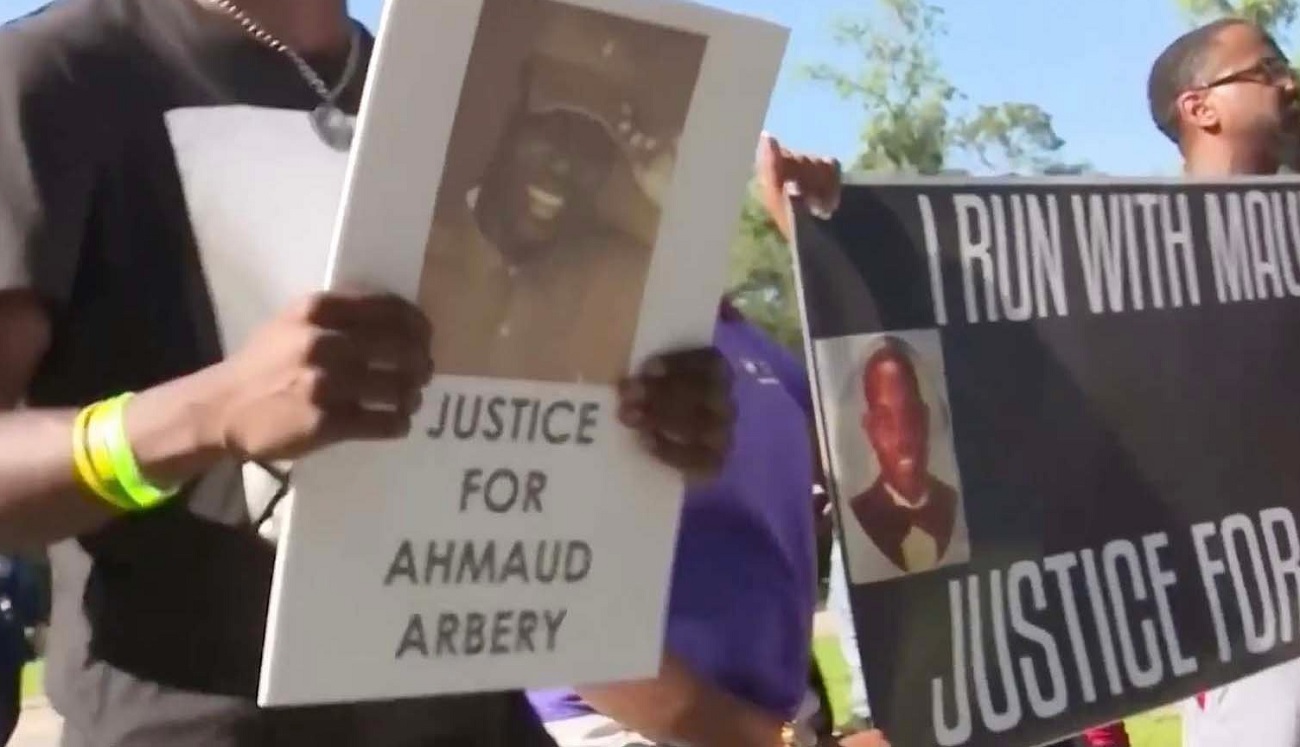 But unlike others who have been hailed as heroes for recording shootings, the man who filmed the fatal encounter is under investigation for his potential involvement in the pursuit of Mr. Arbery.

In recent days, protesters have called for the Georgia Bureau of Investigation to arrest the man, William Bryan, a resident of the Satilla Shores neighborhood near Brunswick, Ga., where Mr. Arbery was killed on Feb. 23. Mr. Bryan’s half-minute video, which was released online this month, appears to have been recorded while Mr. Bryan was following Mr. Arbery in a vehicle.

On Monday, S. Lee Merritt, a lawyer for Mr. Arbery’s family, reiterated his contention that because Mr. Bryan had participated in the chase and “corralled” Mr. Arbery, he should be arrested along with the McMichaels, who were charged May 7 with murder and aggravated assault.

“We know it’s not only the man who pulled the trigger,” Mr. Merritt said.

Mr. Bryan’s lawyer, Kevin Gough, declined to comment on Monday. But in an earlier statement, Mr. Gough said that Mr. Bryan was unarmed at the time of the shooting and should not be charged with a crime. The director of the G.B.I., Vic Reynolds, had said the agency was investigating Mr. Bryan’s involvement in the shooting, drawing criticism from Mr. Gough.

“Such comments, which are unsupported by the evidence already in the possession of the G.B.I., have needlessly placed the lives of Mr. Bryan, his family, friends and neighbors in jeopardy, and in a matter of moments effectively destroyed his life,” Mr. Gough said. “Mr. Bryan respectfully asks that the G.B.I. promptly review the file again and clear his good name.”

Mr. Bryan was considered a participant in the pursuit long before the video emerged online. He is mentioned in the initial police report of the killing, which was based largely on a Glynn County police officer’s interview with Gregory McMichael.

Mr. McMichael told the officer that he and his son grabbed their guns and began chasing Mr. Arbery after seeing him run through the neighborhood. Mr. McMichael also said he thought Mr. Arbery was the suspect in a series of break-ins.

The McMichaels tried to cut off Mr. Arbery during the chase, according to Mr. McMichael’s account, and Mr. Arbery tried to avoid them by turning around and running in the other direction. At that point, Mr. Bryan “attempted to block him, which was unsuccessful,” according to the report.

Mr. Arbery then turned onto another street, and the McMichaels got in front of him while Mr. Bryan pursued from behind and began filming.

Mr. Bryan’s involvement is also mentioned in a letter that George E. Barnhill, the district attorney in Waycross, Ga., wrote to the Glynn County police in April. Mr. Barnhill was the second of four prosecutors who have been in charge of the case. He recused himself, citing a conflict of interest, but not before advising the police that insufficient probable cause existed to arrest the McMichaels or Mr. Bryan.

The three men, Mr. Barnhill said, appeared to be “following, in ‘hot pursuit,’ a burglary suspect, with solid firsthand probable cause, in their neighborhood, and asking/telling him to stop.”

Mr. Barnhill’s analysis, which was first reported by The New York Times, likely contributed to the decision by the local police not to arrest the men. After the release of the video, an independent investigation was initiated by the G.B.I., which arrested the McMichaels within two days.

Mr. Bryan remains free, and has gone on television in an effort to explain himself. Last week, he and Mr. Gough appeared on the CNN program “Cuomo Prime Time.” Mr. Bryan was largely quiet, but Mr. Gough interjected as the program’s anchor, Chris Cuomo, asked Mr. Bryan about his actions on Feb. 23 and his motivation for recording the video.

Mr. Gough assigned blame for the shooting to the McMichaels, asserting that Mr. Bryan lived nearby and was drawn by the commotion.

“This is a terrible matter and some people are going to have to answer for what they did,” Mr. Gough said. “But my client is not responsible for that. My client was unarmed. My client has not shot anybody. My client hasn’t been in so much as a fistfight since he was in high school.”

Mr. Bryan offered his sympathy to Mr. Arbery’s family, and said he was praying for them, and noted the role the video played in bringing attention to the case. “If there wasn’t a tape, then we wouldn’t know what happened,” he said. “I hope that it, in the end, brings justice to the family and peace to the family.”

Legal experts said the uncertainty that appeared to surround Mr. Bryan’s involvement may be making it more difficult for prosecutors to determine whether to criminally charge him, and for what.

“It all sort of turns on the facts,” said Nirej Sekhon, a law professor at Georgia State University. “I’m not even sure what crime he would be charged with, and we need to know more about his mental state and how he helped, if at all.”

The manner in which Mr. Bryan’s video surfaced is its own unusual drama. A Brunswick lawyer, Alan Tucker, told a TV news station that Gregory McMichael brought him the video and asked him if he could help him deliver it to a local radio host.

Mr. Tucker, who did not respond to messages seeking comment on Monday, said Mr. McMichael hoped the video would clear up rumors circulating about the shooting. According to WSB-TV, an ABC affiliate in Atlanta, Mr. Tucker said he hoped the release of Mr. Bryan’s video would help ease racial tensions.

“I didn’t want the neighborhood to become a Ferguson,” Mr. Tucker said.