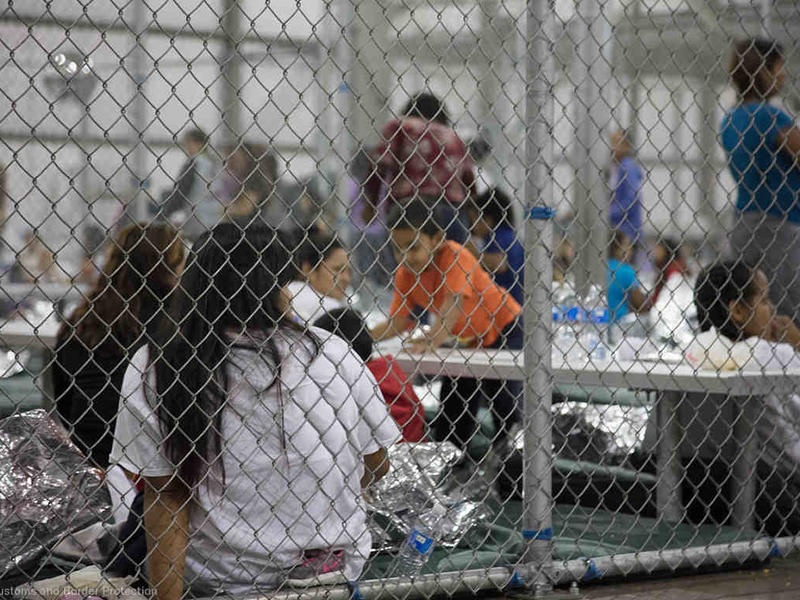 A whistleblower complaint alleges that detainees at a federal Immigration and Customs Enforcement detention center subjected women to hysterectomies at an exorbitant rate.

The complaint alleges that detainees at the Irwin County Detention Center in Georgia had the surgery where part or all of the uterus is removed, and many were “confused” when asked to explain why.

According to Law and Crime, nurse Dawn Wooten, who worked at ICDC, filed the complaint with the Office of the Inspector General for the Department of Homeland Security by several advocacy groups. Project South, Georgia Detention Watch, Georgia Alliance for Human Rights and South Georgia Immigrant Support Network say that detainees there compared their treatment to being prisoners in a concentration camp.

“When I met all these women who had had surgeries, I thought this was like an experimental concentration camp,” one detainee said. “It was like they’re experimenting with our bodies.”

According to the complaint, the Irwin County Detention Center, which is privately run, used one particular gynecologist outside the facility who consistently recommended the surgery.

“Everybody he sees has a hysterectomy—just about everybody,” Wooten said, adding, “everybody’s uterus cannot be that bad.” She referred to the doctor as “the uterus collector.”

The complaint alleges that women were told they were being treated for issues like ovarian cysts or heavy menstrual bleeding. Wooten alleges that sometimes nurses obtained consent from detainees “by simply googling Spanish.”

Wooten is being represented by the Government Accountability Project.

The U.S. Immigration and Customs Enforcement agency did not comment on the matter. In a statement, ICE stated that it “takes all allegations seriously and defers to the Office of the Inspector General regarding any potential investigation and/or results. That said, in general, anonymous unproven allegations, made without any fact-checkable specifics should be treated with the appropriate skepticism they deserve.”