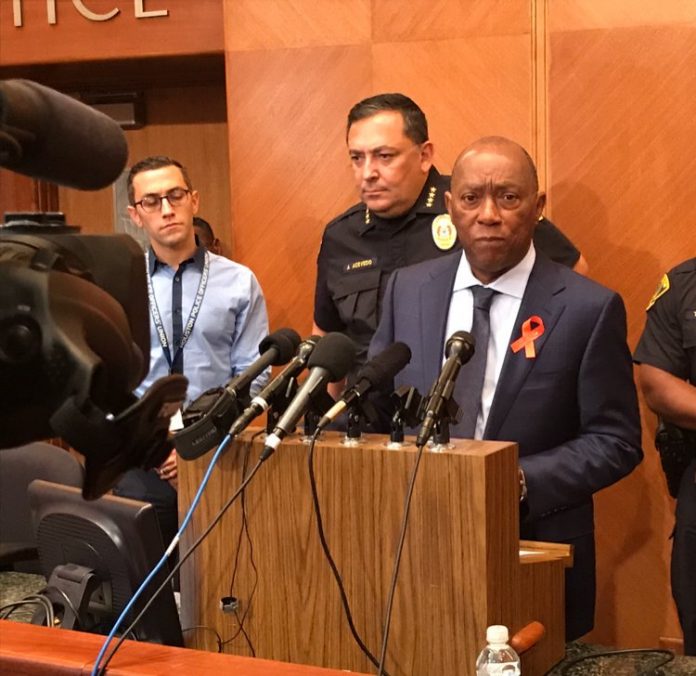 During a council meeting Wednesday, Mayor Sylvester Turner announced that he’s giving the Houston Police Department $1.5 million for more police overtime for protection during Tax Free Weekend and throughout the summer.

The news comes after the two mass shootings in El Paso, Texas and Dayton, Ohio in less than 24 hours, and days before tax free weekend in Houston.

Turner specifically mentioned that he wanted shoppers to feel safe during this weekend’s Tax Free Weekend. He also called out wanting immigrants and refugees to feel safe in Houston.

Turner also stressed that the increase in police around the Houston area is not in response to any threat against Houston.