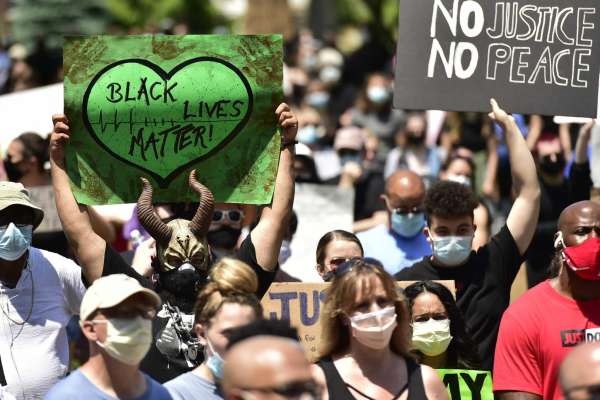 The Miami-Dade County school board has voted to find ways to enhance the teaching of anti-racism as part of the curriculum in one of the nation’s largest school districts.

Board members approved the proposal by an 8-1 vote late Wednesday, saying Miami-Dade schools need to firmly combat racism in light of nationwide protests over how black people are treated, sparked by the death in police custody of George Floyd in Minneapolis.

“It is hard to take a stance that talks about the wrongs of 400 plus years, and I know what people are going to say ‘well, I didn’t do it. It wasn’t my fault.’ But what is it that we do? What do we tell our children?” said Dorothy Bendross-Mindingall, one of two black board members.

Some members said they fielded hundreds of calls and emails over the proposal, accusing them of trying to indoctrinate children with communist ideas. The district includes 345,000 students in 392 schools.

Marta Perez, the only member who voted against it, said she too received angry calls, because of her opposition to the curriculum change. She said the district should focus instead on academics and that existing initiatives already emphasize inclusion.

Superintendent Alberto Carvalho said his office also received hundreds of calls with messages insulting him and other school board members.

“If anything, it further legitimizes the need to continue to tackle no matter how difficult it might be the themes of social injustice and equality,” he said.

The measure instructs district administrators to report back by Aug. 12 with recommendations on changes to be incorporated this coming school year, and to establish a student-led task force that will meet monthly to discuss racism and report to the school board on a quarterly basis.