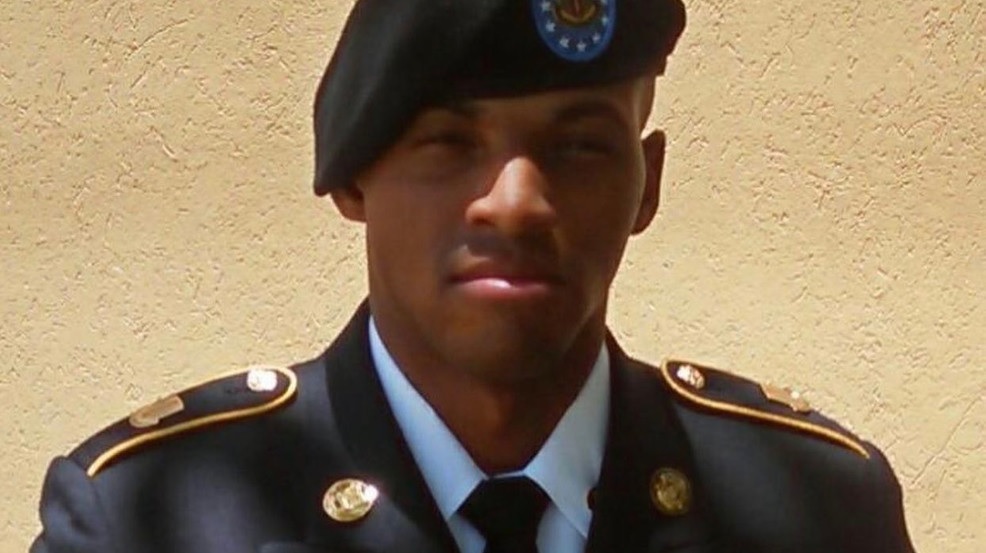 While the disturbing trend of police killing Black people never ended, there seems to be a renewed spate of such preventable violence in recent weeks. That truth, unfortunately, includes Damian Daniels, a military veteran who was shot twice in the chest in front of his newly purchased home in Texas after cops were dispatched there to perform a wellness check last week.

S. Lee Merritt, the civil rights attorney representing Daniels’ family, has described the scenario that led to the deadly Aug. 25 shooting as a fateful collision of factors that places the blame directly on law enforcement’s inability to respond to a nonviolent situation without lethal force.

A press release sent by Merritt’s law firm said that Daniels, a combat veteran, suffered from post-traumatic stress disorder (PTSD) and was previously “the subject of four mental health-related calls” without incident. However, that didn’t happen the fifth time, Merritt said.

Merritt said the family takes issue with BCSO’s assertion that the deputy’s response was appropriate.

“Those officers were called out by the family of Damien Daniels to get him help. A great job would have been to get him help not to kill him,” Merritt said during a news conference held after the meeting.

“Damian was a veteran experiencing a mental health crisis and in need of help,” Merritt said Tuesday in a statement. “Damian’s family reached out to the Red Cross, who in turn reached out to the Bexar County Sherriff’s Office and explained that Damian should be encouraged to visit the VA hospital. Instead of helping Damian, sheriff deputies arrived and attempted to force Damian out of his home, before shooting and killing him in front of his house.”

#DamianDaniels was shot twice in chest in front of his home by @BexarCoSheriff during a wellness check. He had committed no crime. He was legally armed. He did not draw his weapon. He refused to cooperate with deputies that had no right to force him to comply. pic.twitter.com/rMDWqU7oKq

The shooting has resulted in days of protests in San Antonio, a city that is no stranger to police controversies. Protesters have been demanding justice for Daniels’ killing in support of defunding the police and reallocating those funds to train officers on how to better deal with subjects suffering from mental illness.

Bexar County Sheriff Javier Salazar has attempted to justify his officers’ deadly response and said they were defending themselves against Daniels, who he described as the aggressor.

According to local news outlet KSAT, the police said Daniels “was mentally unstable and suicidal after the loss of loved ones” and that “he was reportedly also seeing things and hearing voices.”

Police “tried to de-escalate the situation for about 30 minutes since they knew [Daniels] had a weapon.” But when the cops “tried to bond with Daniels in an attempt to calm him down” to no avail, both deputies ended up using each of their Taser guns on him during a struggle.

Police said Daniels was wearing a gun in a holster around his waist at the time of the encounter and “reached” for the gun, purportedly prompting the cops to fatally shoot.

While there were still likely plenty of crucial details and context that were missing from that police narrative, it also did not seem to merit killing someone with whom the Bexar County Sherriff’s Office had become familiar through “over the last few days” before his death. It was also unclear why the Bexar County Sherriff’s Office was the default agency charged with responding to a mental health wellness check, especially if multiple previous and recent attempts had been fruitless.

An investigation has begun into the shooting as the officers involved enjoy paid administrative leave.

Texas Public Radio reported that on the same day Daniels was killed, the Bexar County Sherriff’s Office also arrested a Black man and charged with him a felony for failing to identify himself even though he was the wrong person police were looking for. That, combined with Daniels’ case, suggested the Bexar County Sherriff’s Office could be implicitly biased against Black suspects.

Daniels appears to be the latest in a growing list of Black men suffering from mental illness and killed by police who failed to property use de-escalation techniques.

Police in Oregon killed Andre Catrel Gladen, who was legally blind and on medication for bipolar disorder, last year. His family said the cops should have suspected that he had mental health issues. In 2018, officers from the Broward County Sheriff’s Office shot and killed Jarvis Randal, who was armed with a piece of glass, in a Florida mental health facility. Earlier that year, sheriff’s deputies in San Mateo County, California were accused of using excessive force to apprehend Chinedu Valentine Okobi who had been walking in and out of traffic. Two deputies tasered Okobi multiple times to subdue and place him in handcuffs. His family said he was suffering from mental illness.

In one of the most notorious instances of police using deadly force in response to someone suffering from mental illness, officers from the NYPD killed Saheed Vassell when four cops — one in uniform, three in plainclothes — killed the 34-year-old in a hail of 10 bullets on a Brooklyn sidewalk in 2018. The officers responded to calls about a Black man with a gun. But it turned out that Vassell, who reportedly suffered from bipolar disorder, was holding a pipe. No firearm was found at the scene and a witness said police didn’t use any de-escalation tactics when they fatally shot Vassell within seconds of arriving.