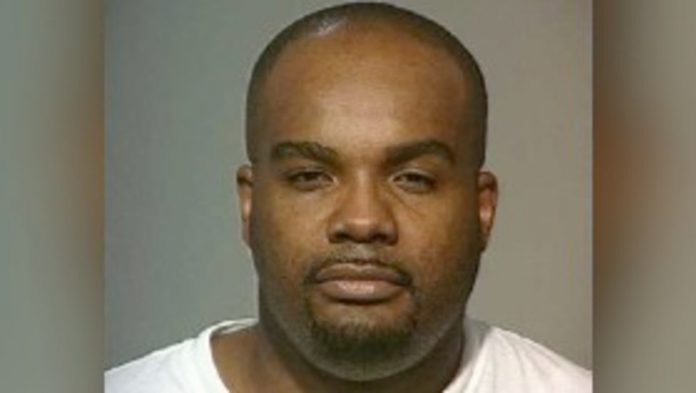 Details about the deadly mass shooting at a brewery in Milwaukee have been trickling out in the hours since a former employee killed five people and then died by suicide on Wednesday afternoon. But according to social media reports, the gunman — allegedly a Black man named Anthony Ferrill — waged his shooting rampage because he was subjected to racism in the workplace at the Molson Coors brewery.

Ferrill, 51, had worked as an electrician for more than 20 years, about 17 of them at Molson Coors, according to multiple sources and online employment records.

A co-worker who asked not to be identified for fear of being disciplined said that Ferrill believed he was being discriminated against because he was African-American and that he frequently argued with at least one of the victims, a fellow electrician.

The co-worker said Ferrill often watched movies on his phone during the day, which the other electrician took issue with, and that the two accused each other of going into each others’ offices and stealing tools or tampering with computer equipment.

About a year ago, the employee said, Ferrill started saying he believed brewery workers were coming into his home, bugging his computer and moving chairs around.

“I was, are you serious, Anthony? What? We all kind of joked about it, saying we should maybe get him an aluminum hat. Things just started getting weird. But he was dead serious about it,” the co-worker said.

But another co-worker, Keith Giese, said Ferrill seemed fine when he saw him earlier this week.

“I never had a clue. I talked to him a couple of days ago and he seemed fine to me,” Giese said. “I had no idea that there was a problem, that somebody could snap like that.”

As word spread Thursday that Ferrill was the shooter, co-workers and neighbors echoed that surprise.

“He was a very good electrician, a very good worker and I couldn’t say anything bad about the guy,” said Phillip Rauch Sr., who retired in April after working with Ferrill for 15 years. “Every time I worked with him, he was always in a good mood.”

Ferrill was a licensed industrial journeyman electrician and a member of the International Brotherhood of Electrical Workers in Milwaukee. He served in the U.S. Coast Guard from 1987 to 1991 and was honorably discharged, according to Rick Flowers of Milwaukee County Veterans’ Services.

Police tape still surrounded the house, which has a play set in the backyard, as neighbors struggled to reconcile the helpful man they knew with the heinous act authorities say Ferrill committed.

Neighbor Erna Roenspies said Ferrill sometimes helped her around the house, especially after her husband of 60 years died three years ago. She last saw Ferrill about a week ago when he came to help her with a faulty hot water heater.

“He was like my son,” Roenspies said Thursday. “He was a person who would help anyone in the neighborhood. This, it’s a shocker. I still don’t believe it.”

She said Ferrill was a gun collector, putting them together in his home. He told her it was his hobby.

Elizabeth LaPine has lived in the neighborhood for 11 years. She said she once saw what she believed to be a gun safe delivered to the home.

“I knew he was interested in guns,” LaPine said.

She said it was hard to believe Ferrill was the shooter.

Like others who live in the neighborhood, LaPine said Ferrill looked out for his home and his neighbors.

“He had given me his phone number about a year ago,” LaPine said. “He said ‘If you see anybody messing around the house or anything like that … give me a call.’ ”

Those lawsuits came after three former employees of Miller Brewing Co. sued in 1994 for claims of employees being “subjected to racist name-calling and harassment” at a plant in New York, the Associated Press reported. At the time, it was “the third legal action against the Milwaukee-based brewer by black employees at the Fulton plant who say they faced discrimination.”

That lawsuit said “black employees were subjected to a variety of forms of racial harassment, including hearing racial slurs directed at them over a paging system and being exposed to a variety of racial epithets in plant graffiti” and that “the company took too long to start using a graffiti-resistant paint and to limit access to the plant’s public address system to prevent harassment.”

Molson Coors is the parent company for a number of beers including Miller Lite, Coors Lite and Molson Canadian.

The reports of the brewery gunman being the victim of workplace racism were unconfirmed. With that said, Milwaukee County in April declared racism a public health crisis in the city that the Brookings Institution in 2018 found to be the most segregated in America.