DefenderNetwork.com
Home LEAD STORY 3 things Democrats have to do differently in 2018 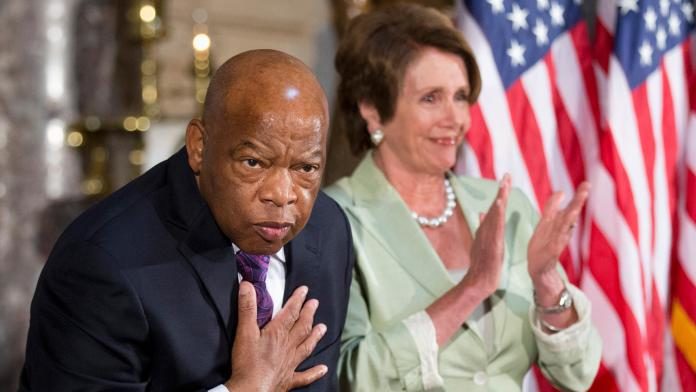 In less than a year, the 2018 midterm elections will be upon us.

This means Democrats, Republicans, Libertarians, Independents, and every person interested in running for office is already strategizing and building up a war chest. It’s a critical election that will determine who controls Congress for the reminder of Trump’s current presidential term.

That means it’s also critical as a check on Trump’s power. The highly-criticized tax bill that the GOP managed to pass would never have reached Trump’s desk if Democrats held a strong majority in the House and Senate.

To that end, here are three things the Democrats must stop doing in 2018 if they want to get more W’s:

‘Shaming’ GOP rivals alone is not an election strategy

Republicans do not care about universally shameful acts.

The 45th president of the United States was caught on audio tape saying that he grabs women by the p*ssy. Said tape was released BEFORE the November 2016 presidential election, and he still won. Roy Moore ran for the U.S. Senate from Alabama and came outrageously close to winning, even with numerous child predator allegations against him that were made public. Shame doesn’t do shit for strategy.

Alleged misdeeds should be brought to the public’s attention, but finger wagging alone is not enough. Countless articles have documented economically distressed Trump supporters still waging their unwavering support of him knowing that he has made decisions that negatively impact their incomes and livelihoods. If undisputed evidence on practical matters does not dissuade certain voters from voting against their own interests, alleged criminal activities won’t tip the scale either, especially with spin doctors working overtime to churn out “alternative facts.”

Keep the facts coming, but shaming will not win an election.

The Virginia governor’s race and the special election for a Senate seat in Alabama are just two recent examples of Black people (Black women in particular) showing up at the polls and carrying Democrats to victory.

Decades of polling data clearly shows that Black people are an important demographic for Democrats, yet little has changed in the way Democratic candidates court the Black vote. The playbook has been to show up at a few Black churches, toss in some generic supportive statements about issues that disproportionately impact the Black community and then rely on a version of “don’t let a Republican win” as the main reason we should get to the polls.

It’s a lazy and disrespectful strategy that must change. Black voters don’t want witty soundbites and on-trend hashtags. We need genuine interest, specific knowledge of our issues and solution-oriented thinking in regards to issues that matter.

Stop falling for the okie doke re: fake and/or exaggerated news

Trump has deemed anything “fake news” that does not heap praise upon him, even if said news story is factually correct.

It is unfortunate that he has usurped that term and twisted it into something ridiculous.

There are actual fake news stories floating out there though that are written by and shared by zealous people who do not fact-check. Yes, Trump and his cronies are the subjects of numerous well-researched stories for alleged dastardly deeds, but not every story is from a reliable source.

Just because a headline looks like something ridiculous the Trump folks might do does not mean it is accurate. Sharing and sourcing actual fake news stories that are easily debunked places Democrats snuggly into the narrative conservative Republicans have created about vast conspiracies lobbed against Trump.

This is not about taking Obama’s “When they go low, we go high” approach. It’s about not wasting energy, resources, and time on frivolous matters when the Trump administration is going full throttle on dismantling any and all progressive policies. There are plenty of well-researched, comprehensive, accurate news stories about politics to learn from and share.

The Democrats should be spreading real facts, not “alternative facts.”