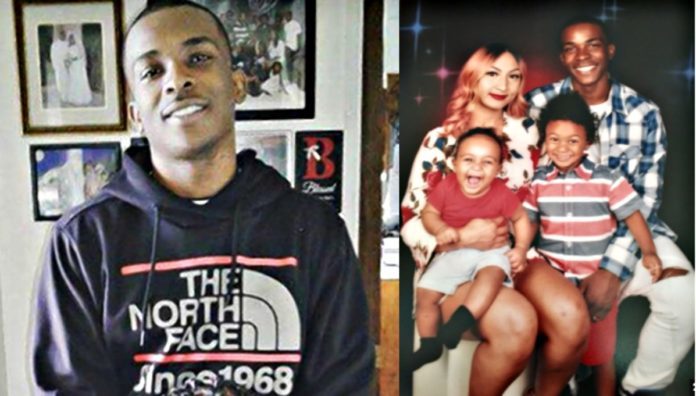 A grieving community is struggling to understand why Stephon Clark, a young unarmed Black man, was gunned down standing in his grandparent’s backyard.

The 20-year-old father was shot and killed by two Sacramento police officers Sunday night while holding a cellphone.

“They’re asking, ‘Where’s Daddy, where’s Daddy?’” said Salena Manni, the mother of  Clark’s children, to the Sacramento Bee. “He was a part of our family. He was our rock.”

As tensions rise surrounding the use of deadly force by police in a community that has long had a difficult relationship with law enforcement, questions remain about how police are handling the case.

Here are 7 things to know about the ongoing investigation into the fatal police shooting of Stephon Clark.

Sacbee reports that the Sacramento police department has killed at least 16 people in confrontation with authorities since 2016. Some were reportedly armed with guns, while others are said to have had knives and three were unarmed. The officers involved in the shooting of Stephon Clark have been placed on administrative leave as the investigation continues.

2. Police claim they thought Stephon Clark had a weapon.

Officers claim that they encountered Clark while looking for a suspect who was breaking car windows. The two police officers on the scene say they thought Clark was holding a “toolbar/crowbar” when they approached him in his grandparent’s backyard. Clark was merely holding his cellphone.

3. Police videos show one command and then a hail of bullets.

The Sacramento Police Department released two audio and three video recordings from the shooting Wednesday night, according to Sacbee. The only command given by one officer in the video to Stephon Clark is, “Put your hands up, gun!” What follows is the sound of a barrage of 20 shots with each officer reportedly firing 10 times.

“As soon as they did the command, they started shooting,” said Stephon Clark’s aunt to the Sacramento Bee. “They said ‘put your hands up, gun’ and then they just let loose on my nephew.”

“They didn’t give him a chance to put his hands up or anything, and then when they shot him down, they knew they messed up,” she continued.

4. Police officers muted their body cameras after the shooting.

Stephon Clark was pronounced dead at the scene after cops shot him in a barrage of 20 bullets. Six minutes after the fatal shooting, one officer can be heard telling another, “hey, mute,” referring to his body camera. At that time, both officers apparently muted their body camera microphones for the remainder of the video.

5. Stephon Clark was just trying to get inside his home.

The Sacramento Bee reports, “It was normal for Clark and others to enter the home through the backyard because the front doorbell doesn’t work and she and her husband, who is in a wheelchair, have poor mobility. People would knock on the back window and ask her to use an automatic opener to raise the garage door to admit them.”

“The only thing that I heard was pow, pow, pow, pow, and I got to the ground,” said Sequita Thompson, Clark’s grandmother, detailing the four shots she says she heard loud and clear.

“I opened that curtain and he was dead,” said Thompson. “I started screaming.”

According to the New York Times, the officers who fired their weapons have been with the department for two and four years and also had several years of experience in other departments. They were placed on paid administrative leave while the shooting is investigated by district and city attorneys and the Office of Public Safety Accountability.

7. Protests and support for the family are planned.

African American community activists are concerned about the shooting and are calling for police officials’ transparency since the community has had uneasy dealings with police in the past.

“This is a moment of truth,” said community activist Berry Accius. According to reports, Accius said that the African American community members are asking police to be more forthright with their discovery in this case – more than they have been in the past.

On Monday night, Black Lives Matter activists led more than 100 people, including family members, in a vigil and protest. Another protest is planned for 3:00 today.

The family started a GoFundMe campaign that has already raised more than $30,000 toward that goal.

The campaign, which is raising money to bury Stephon Clark next to his brother who also died due to gun violence, states:

“Young loving father, grandson, son, brother, boyfriend and friend to many of us was taken from us to soon on March 18th, 2018. He was UNJUSTLY killed in cold blood by the Sacramento Police Department for the crime of being a young black male.

We are putting together this gofundme to help his grandmother give him the ceremony he deserves. Please donate what you can everything helps.

With the proper funds he can be buried next to his family.”