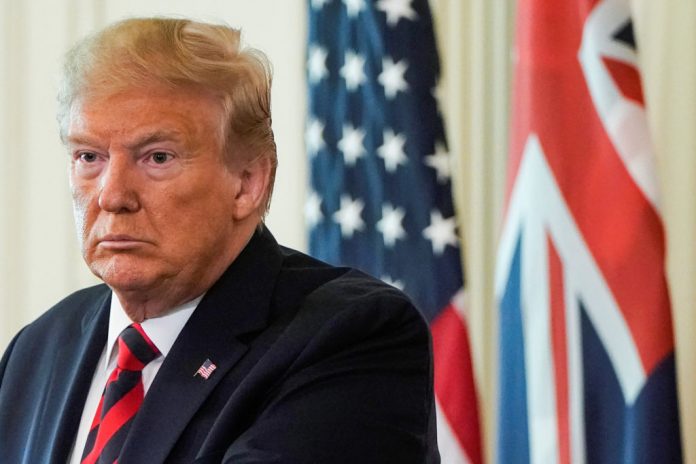 The trial will start Tuesday at 1 p.m. ET, after which it will run six days a week, Monday through Saturday, also starting at 1 p.m. The condensed timeline for opening arguments proposed in McConnell’s resolution raises the prospect that the trial, at least in its first week, will feature 12-hour days and stretch late into the night.

Things will change — We have a basic outline of how we think the trial will go, but it’s clear things will change as the trial progresses. For instance, much or all of Tuesday could be taken up by debate between the House managers and the defense team over how the trial will progress. Democrats are expected to seek to force a vote on including witnesses (more on that below) even before the opening arguments take place. According to aides to Senate Majority Leader Mitch McConnell, those opening arguments are now expected to begin on Wednesday afternoon.

Late nights — There is a clear desire by Senate Majority Leader Mitch McConnell to get this thing done. He has broken with the precedent of the Bill Clinton impeachment trial, according to a draft of rules senators could vote on Tuesday. Instead of allotting four days each to the House impeachment managers and Trump’s defense team for opening arguments, McConnell would give each side only two days to make its case. Since each side gets 24 hours, this first week in particular could go very late if the impeachment managers or Trump’s team use all of that time, perhaps until 1 a.m. ET, or even later with breaks. The proceedings will get underway at 1 p.m. ET and run Monday through Saturday.

Relative speediness — This also means the trial could go very quickly. Trump wants it wrapped up before he delivers the State of the Union address February 4. That would be a very fast trial, considering Trump’s officially began Thursday. Clinton’s lasted more than a month — from January 7, 1999, until February 12. Andrew Johnson’s trial lasted from March 5, 1868, until well into May, more than two months. But if the Senate doesn’t agree to call any witnesses or subpoena any documents, Trump could be acquitted by the middle of next week.

A fight over witnesses — Democrats want witnesses at this impeachment trial. Most Republicans do not. New information has come to light in the month since Trump was impeached. How much of that is presented at the trial is a very open question. And whether Democrats get to hear from witnesses like former national security adviser John Bolton is a very open question. We know there will be votes over witnesses. The question is whether the four Republicans needed to give Democrats a majority will agree to hear new information. That’s a question likely to be answered later in the process, perhaps next week.

Parliamentary squabbling — We have some idea what to expect, but the rules have not been set. The rules of the trial have not been released by McConnell nor have they seen a vote. The details of those rules, and whether McConnell can get a majority of 51 senators on board with them, will be very important.

Tight media control — Reporters on Capitol Hill have complained that portions of the building normally open to them have been shut. In particular, senators will be able to walk around the second floor of the building without having to answer any questions from the media. That’s a break from the long-standing tradition of Capitol Hill. In addition, the Senate controls cameras inside the chamber, so it will be able to control the angles seen during the trial. Only the person talking will be pictured, for instance.

Closed sessions — When I ran the above items by Jeremy Herb from our Hill team, he added the important note that we won’t actually see everything that happens in this trial. There’s expected to be at least one closed session on Tuesday and possibly more, which will feel very strange, but is needed, according to Senate leaders, because senators aren’t allowed to speak during the trial (among other rules like not using their phones and standing when they vote) and they’ll have to debate at times about how to proceed. But we won’t know the deliberations going on as a result.