DefenderNetwork.com
Home NEWS National A bunch of former Obama staffers are determined to flip the country... 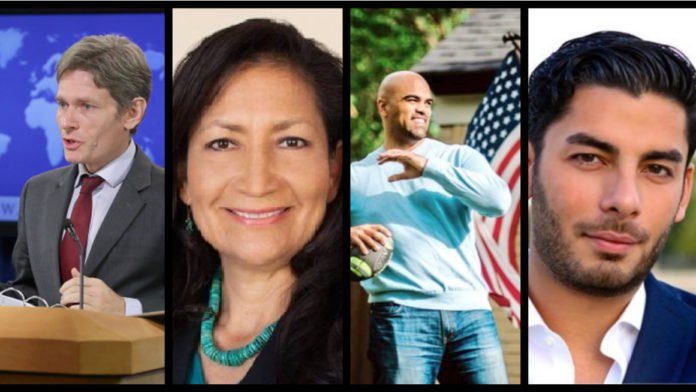 President Barack Obama’s former staffers are becoming the change they want to see by running for a number of elected office positions this year in hopes to challenge and unseat Republicans.

There are at least 64 former Obama staffers who are running for federal, state, or local office thus far, reports NBC News. And more could surface in the coming weeks as filing deadlines approach.

One of those Obama alums is Civil rights attorney Colin Allred who said he stepped down from his Department of Housing and Urban Development position in January 2017 because he was troubled by the prospects of Donald Trump’s incoming administration. He instead decided to run for office by challenging Texas Republican Rep. Pete Sessions in April 2017.

Obama alums are saying that Trump’s racially-charged administration has pushed them to the brink.

“Looking back on last year, it was the effort to take down the Affordable Care Act with no viable replacement,” said Tom Malinowski, 52, the former Assistant Secretary of State for Democracy, Human Rights and Labor. Malinowski is now running for Congress in New Jersey’s 7th Congressional District.

“It was the Muslim ban, and attacks on immigrants, it was the tearing up of alliances and commitments internationally. It was the taking down of environmental protections, it was refusing to invest in infrastructure as Trump had promised,” he explained.

And, in Malinowski’s opinion, the straw that broke the camel’s back is bigger than Trump himself.

Malinowski wants to flip the Republican stronghold in the House. He’s vying to unseat Republican Rep. Leonard Lance in the Democratic primary on June 5.

“A lot of us Obama babies were inspired by the President’s call to action when he retired,” Campa-Najjar said.

Campa-Najjar is now running as a candidate in California’s 50th Congressional District, which will have its primary on June 5. The 29-year-old once served as a deputy regional field director for Southern California on Obama’s 2012 campaign and later at the White House.

Deb Haaland, is working to become the country’s first Native American congresswoman and credits President Obama for instilling in her the courage to be a game-changer.

“I feel like if I hadn’t worked for the President, I would never have had the courage or the wherewithal to run,” she said. “I think about him every single day.”

If Haaland wins June 5 and is elected in November, she has her former boss to thank for helping her become the change she wanted to see.