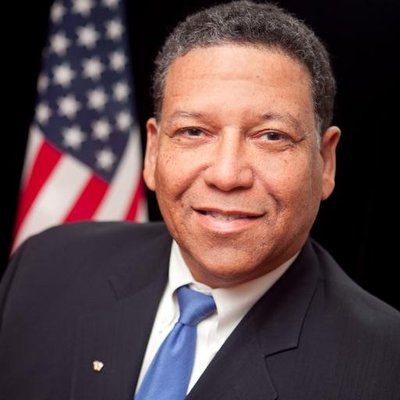 A super PAC’s outlandish new ad for an Arkansas Republican used Brett M. Kavanaugh’s plight to argue that Democrats could bring back lynchings against Black men. It was quickly and widely denounced — including by the congressman it was designed to support.

The radio ad was created by a group calling itself Black Americans for the President’s Agenda to support Rep. French Hill in his reelection campaign against Democrat Clarke Tucker. Hill represents the 2nd District, a swath of land encompassing Little Rock; the district is about 23 percent Black. Both Hill and Tucker are white.

The ad takes the form of a conversation between two Black women discussing the sexual misconduct allegations levied against Kavanaugh, claiming that his treatment was a sign that the presumption of innocence had turned into the presumption of guilt in the United States.

“If the Democrats can do that to a white justice of the Supreme Court,” one of the women says, “what will happen to our husbands, our fathers, or our sons, when a white girl lies on them?”

“We can’t afford to let white Democrats take us back to bad old days of race verdicts, life sentences and lynchings when a white girl screams rape.”

The ad was quickly denounced after it began circulating on social media.

“We only defeat hate through these four letters-V.O.T.E,” the NAACP tweetedin response to the ad.

Hill also denounced the advertisement as it circulated.

“Some may have heard an appalling ad on the radio,” he said in a statement posted on Twitter. “I condemn this outrageous ad in the strongest terms. I do not support that message, and there is no place in Arkansas for this nonsense.”

There were 492 lynchings of African Americans in Arkansas from 1877 to 1950, according to the Equal Justice Initiative.

The nearly $50,000 ad buy has been running in radio slots for about a week and a half, according to Vernon Robinson, who co-founded the pro-Trump super PAC.Robinson, a Black 63-year-old activist and former congressional candidate who led the effort to draft Ben Carson for president in 2015, called the ad “payback” for the Kavanaugh hearings, according to the fringe conservative site Populist Media.