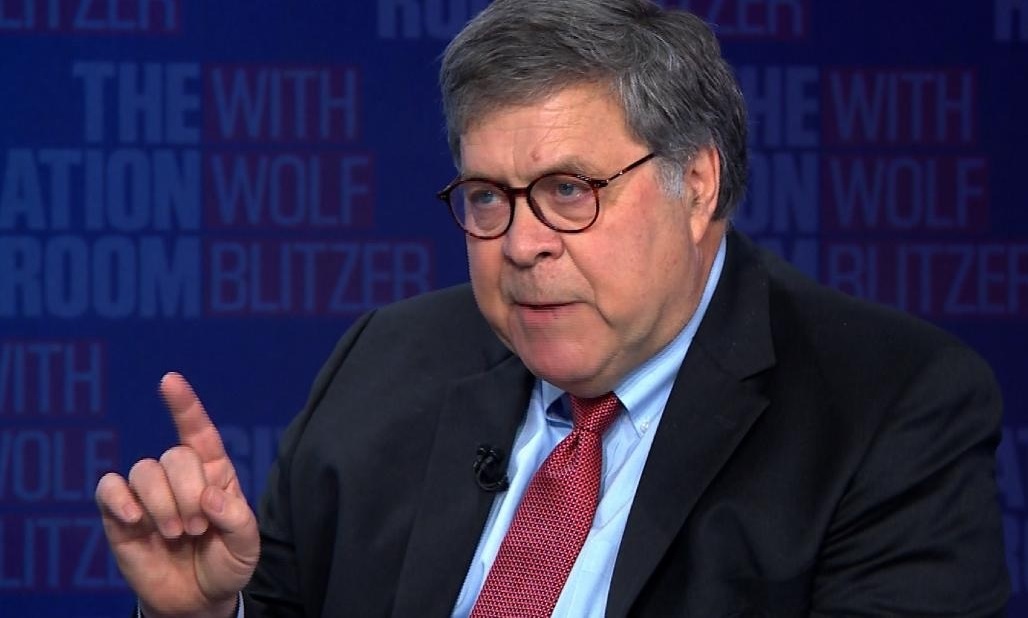 When asked about the nationwide protests in response to the police killings of unarmed Black people in this country, Barr drew stark contrasts.

The attorney general said that he would not compare the shooting of Jacob Blake with the choking death of George Floyd, noting that both cases are under investigation.

“I don’t want to talk about them as if they’re interchangeable.” pic.twitter.com/8csHkUlnPq

“Floyd was already subdued, incapacitated in handcuffs and was not armed,” Barr responded, “In the Jacob [Blake] case, he was in the midst of committing a felony, and he was armed. So, that’s a big difference.”

Attorney Brendan Matthews, representing police union Kenosha Professional Police Association, said officers were responding to a dispatch reporting that Blake was trying to steal the caller’s keys and car and that he had an open warrant for third-degree sexual assault and misdemeanors related to that felony.

“Attorney General Barr is misinformed. The police officers were the aggressors from start to finish, based on video and witness accounts,” they said.

“There was never any point in time when there was justification for deadly force. In fact, there were innocent bystanders in the line of fire when he shot seven times into Jacob’s back,” they continued. “At all material times, Jacob’s back was to the officers, and he never posed an imminent threat. This was never a life or death situation for the officers.”

Barr said, as it relates to excessive force, “We have a process in this country to make that determination. We are investigating it. That should follow due process and be fair to everybody, including the police officer.”

“There appears to be a phenomenon in the country where African Americans feel that they’re treated, when they’re stopped by police frequently, as suspects before they’re treated as citizens,” Barr said. “I don’t think that that necessarily reflects some deep-seated racism in police departments or most police officers.”

WATCH: Barr absurdly argues that there is no systemic racism in our criminal justice system and “if anything” there is “a bias to non-discrimination.” And goes on to say racism is “not as common as people suggest.”