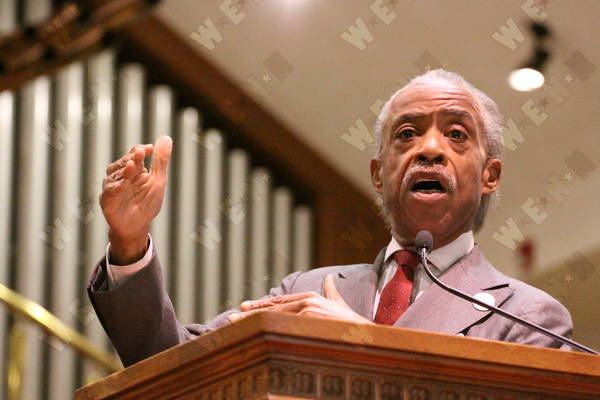 The Rev. Al Sharpton fired a stinging response Monday to the Florida sheriff at the center of the latest “Stand Your Ground” law controversy, comparing him to southern police officers during the Civil Rights Movement.

Like those law enforcement officers of the 1960s, Pinellas County Sheriff Bob Gualtieri views civil rights leaders as “outside agitators” when they’re invited into their town to shine a spotlight on the killing of unarmed Black people, the Tampa Bay Times reported.

Gualtieri had called on Sharpton to “go back to New York” and “mind your own business” after the National Action Network leader spoke at a rally Sunday in a Clearwater church for Markeis McGlockton, who was killed last month by a white gunman who claimed self-defense under the state’s Stand Your Ground law. Gualtieri refused to arrest the shooter because, he said, the law prevents prosecution if someone legally armed fears for his or her life during an encounter.

“I came at the invitation of the family and literally thousands of people in his (Gualtieri) county,” Sharpton responded to the sheriff’s remarks. “Additionally, five candidates for governor joined me because he did not take care of his business. It would not be necessary for me to do so if he took care of his own, and until he does I will keep coming to Clearwater.”

McGlockton, 28, was gunned down on July 19 by 47-year-old Michael Drejka in the parking lot of a Clearwater convenience store. McGlockton pushed Drejka to the ground after McGlockton came out the store and saw Drejka arguing with his girlfriend about a handicapped parking space.

Gaultieri said the next day that he wouldn’t charge Drejka with a crime. Following protests from the Black community, some gun rights advocates, including lawmakers and even the NRA, argued that Gaultieri misinterpreted the law. But the sheriff doubled down on his decision.

State Attorney Bernie McCabe, who oversees Pinellas County matters, received the controversial case on Wednesday. He will have the final say on whether Drejka will face justice.