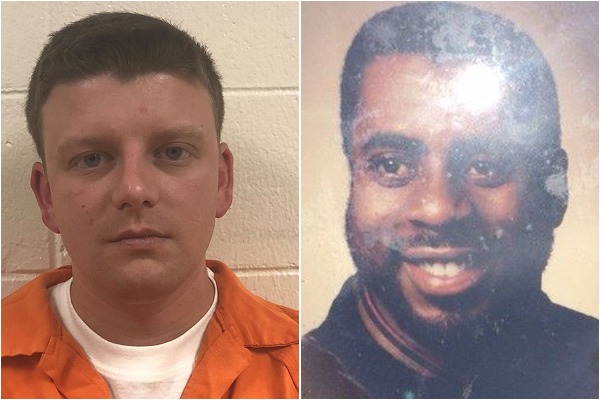 A white Alabama police officer was convicted Friday in the fatal shooting of an unarmed Black man in 2016, the Montgomery Advertiser reported.

In a unanimous verdict, a jury found officer Aaron Cody Smith guilty of manslaughter in the shooting death Gregory Gunn, 58. Prosecutors had charged Smith with murder, but he was convicted on the lesser charge.

Smith shot and killed Gunn during a pat-down in west Montgomery on Feb. 25, 2016. Gunn, a Black man, was walking home from a card game when he was randomly stopped by the officer and fled. As he bolted from the scene, Smith fired several shots, one of which struck Gunn in the back.

He was gunned down just feet from the home he shared with his mother.

Attorneys for Smith argued he shot in self-defense, fearing for his life after Gunn allegedly grabbed a nearby painter’s pole in an effort to evade police. However, prosecutors said Gunn was never a threat to the officer.

Bailey said he’s going to ask the judge to sentence Smith to 20 years, the maximum for a manslaughter charge.

“He needs to be in the county jail until he goes to prison just like everybody else,” he told local station WSFA 12.

The shooting sparked protests across the majority-Black city as residents demanded justice in the latest case involving an African-American man gunned down by police. At trial, prosecutors described Smith as a “bully with a badge” and refuted his version of events.

Smith told investigators he used his taser and police baton on Gunn after the man ignored his verbal commands. During the foot chase, he said they came upon a porch where Gunn allegedly grabbed a paint pole. Smith said he was afraid he “was going to get hit in the head,” so he opened fire.

Citing evidence, however, prosecutors said the crime scene contradicted the officer’s claim that Gunn tried attacking him with the metal pole.

[Gunn] “had a hat in his hand at the time of his death, and he was clinching to that hat,” Bailey explained, arguing it’s “impossible to do the things that this defendant said he did while clinching that hat.”

“The other thing that came out is that he shot this guy in the back first,” he added.

Lawyers for Smith were less-than-happy with the verdict but are holding out on hope based on the jury’s decision.

“[Jurors] were given the option of murder, manslaughter, or not guilty and they chose, basically, to split the baby,” Mickey McDermott said at a news conference.

The defense said it plans to appeal the decision and are working on securing an appeal bond for Smith.

“This is a tragedy that we must not forget, we must learn from it, and move forward together to do everything in our power to make sure something like this never happens again. We all know one officer’s tragic mistakes don’t reflect upon all of the well-trained, committed and effective police officers we have who are protecting and serving. That said, we will look at if better training of our officers is needed. Better training could prevent a tragedy and prevent crime in general.”