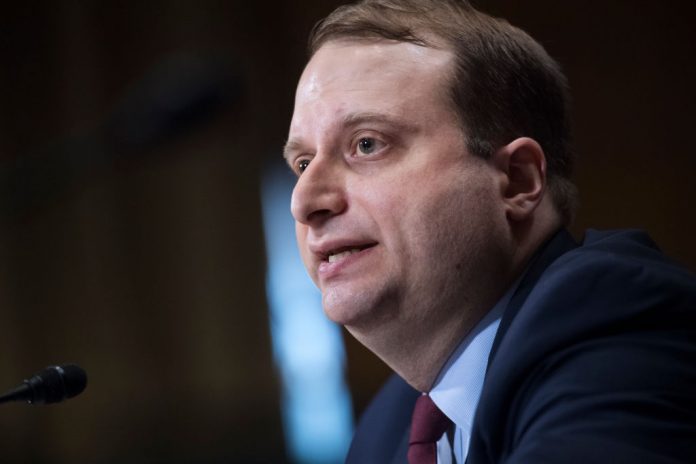 On Thursday, the Senate confirmed Steven Menashi to the 2nd U.S. Circuit Court of Appeals by a vote of 51-41. According to Slate, every Republican present supported Menashi with the exception of Sen. Susan Collins. Each Democrat present opposed him.

Donald Trump has now flipped the 2nd Circuit to a majority of Republican appointees, which could assist him in shielding himself from criminal liability and congressional scrutiny in a New York jurisdiction, which he previously called home. Whenever the court hears cases en banc — or with every judge sitting — the now 7-6 Republican majority will give conservatives an upper hand.

On top of all this, Menashi has a serious history of discriminatory remarks and actions against Black people, women, Muslims and LGBTQ folks. Unfortunately, his seat was once occupied by civil rights icon Thurgood Marshall.

Most of Menashi’s past writings were anti-diversity in nature. For example, in a 2010 law review article called “Ethnonationalism and Liberal Democracy” Menashi argued that an Israeli law favoring Jewish immigrants fits within the framework of a “liberal democracy” because many countries impose “ethnic preferences” in immigration. He argued: “Ethnic ties provide the groundwork for social trust and political solidarity,” whereas diverse societies have “lower social trust” and less “effective governing institutions.”

Menashi also went after sexual assault activists. In college, he condemned Take Back the Night marches, sayingthat “campus gynocentrists” unfairly accuse “the majority of male students with complicity in rape and sexual violence.”

Menashi also didn’t support LGBTQ issues early on. He questioned why the Human Rights Campaign “incessantly exploited the slaying of Matthew Shepard” but did not discuss murders committed bygay men. He also claimed“tony colleges” were hypocritical for allowing LGBTQ residence communities while “sneer[ing] at the military for worrying about open homosexuals in the ranks.”

Menashi has little care for Black people too. He once defended a mostly white frat’s “ghetto party,” in which white students sported Afros and toy guns. He also wrote that Brown University’s Third World Transition Program for people of color was meant “to fully indoctrinate them in leftist multiculturalism.” He went on to describe academic multiculturalism as a “thoroughly bankrupt” effort that is all “about denigrating Western culture in order to promote self-esteem among ‘marginalized’ groups.”

When Menashi joined the Trump administration as the acting general counsel in Betsy DeVos‘ Department of Education, he seemed to coalesce to more bigotry. During his time there, the agency rolled back protections for students who are LGBTQ, racial minorities, disabled and sexual assault survivors.

The New York Times also recently reported that Menashi devised a plan “to use private Social Security data to deny debt relief to thousands of students cheated by their for-profit colleges.” A federal judge eventually halted the scheme, ruling that it violated federal privacy laws. In 2018, Menashi transitioned to the White House to serve as a legal adviser. In this role, he helped Stephen Miller — a white supremacist — carry out Trump’s crackdowns on immigration and asylum.

Menashi’s placement in the 2nd Circuit can further cement his allegiance to Trump. For example, a three-judge panel for the 2nd Circuit is currently weighing the legality of a subpoena that the House of Representatives issued to Deutsche Bank and Capital One for Trump’s financial records.

If the panel goes against Trump, he could request en banc review, which would favor him now that the full court is majority Republican. Even in instances where Congress continually issues subpoenas, Trumps appointees can give Congress the go-around about why they’re against the subpoenas, which could further draw out the judicial process.