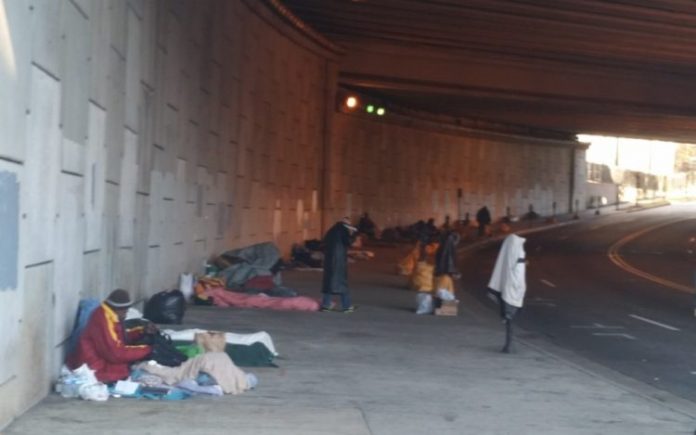 Keisha Lance Bottoms, the mayor of Atlanta, just announced that the city reached its goal of raising a whopping $50 million to provide housing for the homeless.

According to reports from Blavity, Atlanta partnered with the United Way of Greater Atlanta to raise the funds. About half of the money came from donations from private organizations, which includes Ameris Bank, who donated the last $114,000 that allowed the city to reach its goal. The other half is from the Homeless Opportunity Bond sale that began under former Mayor Kasim Reed.

At the moment, there are over 3,000 homeless people in the city of Atlanta and the money raised will provide 550 homes for the city’s homeless population.

“It is a misperception that many people have — that homelessness is represented entirely by the people they see on the streets,” said Jack Hardin, co-chair of the Atlanta Regional Commission on Homelessness. “A far larger proportion of people experiencing homelessness have incomes and function at very high levels, but live on the margins of the economics of our society and any hardship can derail.”

This very funding to help curb homelessness in Atlanta was a major priority for former Mayor Kasim Reed’s last year in office. The initiative was initially announced about two years ago, when the city’s largest homeless shelter, Peachtree-Pine, revealed that it was closing its doors.

The building housed as many as 500 people, but ended up closing after a 10-year battle with various city establishments and accusations the shelter was behind a tuberculosis outbreak in the city. It was unanimously approved by the city council Bottoms was apart of before becoming mayor.

“We now have the opportunity to end chronic homelessness in our city, and ensure that all women, men and children – regardless of circumstance – have the chance to live stable, meaningful lives and participate fully in their communities,” Reed said in a written statement at the time the plan was approved.