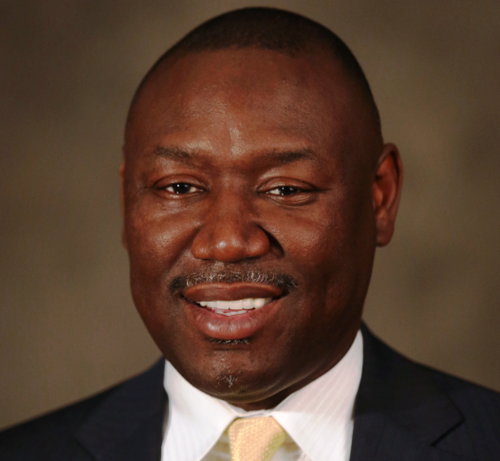 Civil Rights attorney Ben Crump condemned on Sunday the racial “double standard” in how Florida enforces its “stand your ground” law, which ignited outrage after a white man shot and killed Markeis McGlocktonoutside a Clearwater convenience story in a dispute over parking on July 19.

Appearing on MSNBC’s PoliticsNation, hosted by the Rev. Al Sharpton, Crump noted that the shooter, 47-year-old Michael Drejka, was able to go home and sleep that night instead of going to jail because the law allows shooters simply to claim that they feared for their lives.

“It’s troubling on so many levels that this subjective fear … you get to go home and sleep at night, where if Black people do this, they are behind bars that night, arguing that they were trying to defend themselves,” said Crump, who representsMcGlockton’s family.

Meanwhile, McGlockton’s family held a memorial service Saturday for the 28-year-old father at the Shiloah Missionary Church in Largo, Florida, the Tampa Bay Times reported. His parents and girlfriend, who is the mother of McGlockton’s 5-year-old son, sat in the front pew.

“He showed me family was the most important thing,” McGlockton’s brother, Karohn Walker, 21, recalled at the service.

Jacobs, 25, was sitting in a car parked in a handicapped space outside the store while McGlockton and their son went inside. Drejka approached her and started looking for a handicap permit on the vehicle. He confronted Jacobs about whether she could park in the space, and they soon began yelling at each other. A surveillance video shows McGlockton walk out the store and push Drejka to the ground. McGlockton takes a few steps back, and Drejka pulls out a gun and shoots him once in the chest. McGlockton walks back into the store and collapses, as his son watches.

Drejka had a concealed carry permit, Pinellas County Sheriff Bob Gualtieri stated at a press conference on July 20, adding that the stand your ground law removed the duty for Drejka to retreat before using deadly force.

There was a feel at the funeral that the Black community was ready to mobilize, according to the Times.

“It’s not over,” Pastor Carlton Childs, president of the Upper Pinellas County Ministerial Alliance, told the 250 mourners at the service.