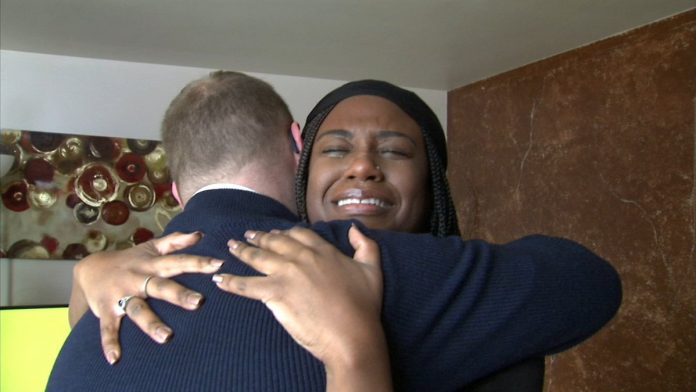 Christmas came early for a single mother living on the South Side of Chicago. On Wednesday, 30-year-old Jasmin Ford got the surprise of a lifetime when she learned that her bank paid off $150,000 of her student loan debt, ABC Chicago reported.

Ford has been a longtime customer at Fifth Third Bank and while the financial institution was shooting a promotional video that featured the stories of their customers, the bank officials were so moved by Ford’s journey that they decided to pay off her loans, the news outlet writes. Ford was born and raised in a tough environment, she was the first person in her family to pursue her college degree, and she holds down two jobs to take care of her and her son. Her student loan debt mounted to $150,000 and she lost hope about being debt free in the future.

“There are times when I fall short and I have to reduce my payment amounts, so there’s really not a timeline that I can necessarily see,” she told the news outlet. Mike Crawford, an executive at the bank, says that he’s aware of the financial burden that student loans have on people trying to move forward with their lives. “We know the burden that student loan debt places on people’s lives and slows down the trajectory and the change that they can make in the world, and to be able to remove that roadblock and that obstacle for Jasmin is just a dream come true for all of us,” he said.

Inspired by the impact that they made in Ford’s life, the bank has now launched a contest to pay off student loan debt for their customers.