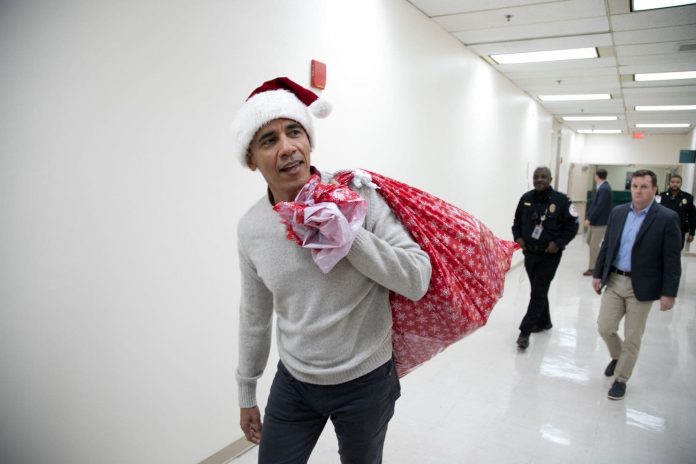 Former President Barack Obama surprised patients as he delivered gifts at a children’s hospital in Washington.

The former president, wearing a Santa cap and carrying a sack of presents, greeted patients and their parents at Children’s National on Wednesday with a “ho, ho, ho!” He told them his reindeer were “stuck in some snow,” but he wanted to make sure he visited.

Obama chatted with patients in their rooms and stopped by several playrooms. He also recorded a video message for those he couldn’t visit.

The hospital tweeted that Obama “warmed our hallways and put smiles on everyone’s faces!”

Obama tweeted a message of thanks to the hospital.

The former president last visited the hospital in 2014.