DefenderNetwork.com
Home NEWS National Barack Obama’s name could be coming to highways, bridges, and airports across... 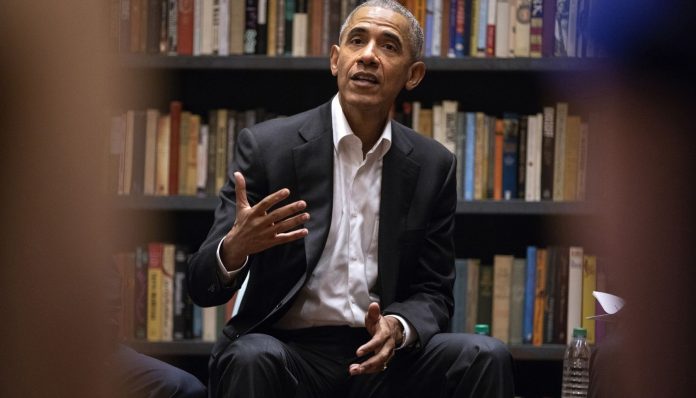 The latter of those schools was renamed in Obama’s honor, replacing the name of Confederate general J.E.B. Stuart. This is likely the beginning of Obama’s name cropping up everywhere.

“At the end of the line, 20 or 30 years from now, there will be hundreds of hospitals, schools, bridges and statutes, Brinkley, told USA Today. “He’s going to be one of the four or five most celebrated figures in U.S. history.”

Brinkley, who is also a professor at Rice University in Houston, said that Obama’s fame could rank right up there with Lincoln, Washington and Teddy Roosevelt. In Los Angeles, the West Hollywood City Council pitched the idea of renaming Los Angeles International Airport after Obama.

“Having an airport that (recognizes) the first African-American president, someone who won the Nobel Peace Prize, who got us out of the 2008 economic crisis and gave us affordable health care, should be celebrated,” Council member Lauren Meister said. She said the resolution is being sent to Los Angeles Mayor Eric Garcetti and could go to the airport commission.

L.A. is a popular Obama city, having already named a stretch of Ventura Freeway, now the President Barack H. Obama Highway, in his honor last year. Obama commuted on that stretch of highway when he attended Occidental College in Los Angeles in the late 1970s.

“It’s the actual stretch of freeway he used,” State Sen. Anthony Portantino, who pushed through the legislation, said. “There is a proud connection. His early political career was inspired by his days here.”

In Chicago, Bill Daley, who is running for mayor and served as Obama’s chief of staff, proposed last month to have the Dan Ryan Expressway renamed after him. The proposal has run into opposition from Ryan’s family.

“Our Chicago expressways are named after towering figures in our history,” Daley said in a statement, “We should have one for Obama.”

In New York City, an online petition by MoveOn to rename part of Fifth Avenue President Barack H. Obama Avenue has gathered more than 32,000 signatures.  The petition is calling for the block between 56th and 57th streets to be named after Obama.

That block just so happens to be the stretch in front of Trump Tower, which was not by mistake.

“Honestly, (the idea) is petty and vindictive, but as someone pointed out, so is Trump,” Elizabeth Rowin, the woman who started the petition said. She plans to deliver the petition to Mayor Bill de Blasio and the City Council once she has some more signatures.