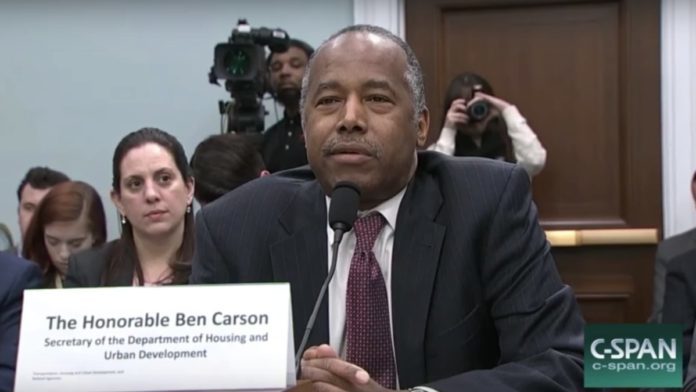 Ben Carson‘s deplorable behavior made him an embarrassment to Baltimore and now Benjamin Carson High School of Science and Medicine in Detroit, Michigan is considering changing the school’s name. Carson was born in Detroit and the school was named after him in 2013.

According to the Detroit Free Press, “The Detroit Board of Education Tuesday night approved a process for seeking new names for several existing schools — including the Benjamin Carson High School of Science and Medicine.” Carson’s name is specifically looking to be removed considering he defends Trump’s racism and pushes anti-Black and anti-poor polices as the unqualified secretary of HUD.

Detroit school board member Lamar Lemmons told The Washington Post, “It is synonymous with having Trump’s name on our school in blackface.” He said Carson “is doing Trump’s bidding, and he has adversely affected the African American community in Detroit as well as the nation with his housing policies and he’s allied himself with a president that says he is a white nationalist and sends dog whistles that even the deaf can hear.”

Lemmons also said he frequently receives letter from people in the community asking for Carson’s name to be removed from the school. Lemmons also feels that the former doctor should have never entered politics, “Had he stayed in medicine, irrespective of his political philosophy or how he voted in private, we would have been happy to put his name on a school. We looked at him as an honored son. He has since, in many of our eyes, disgraced himself.”