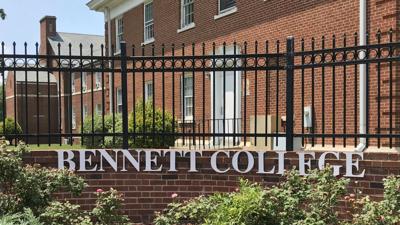 This past week, the Appeals Committee of the Southern Association of Colleges and Schools Commission on College (SACSCOC) upheld an earlier ruling made on Dec. 9 by its Board of Trustees to revoke the small, historically Black women’s college’s accreditation because of concerns about Bennett’s finances – in spite of a massive fundraising campaign that brought in about $9 million, nearly doubling the college’s fundraising goal.

The college had appealed the December ruling, arguing to the board that its outcome was “arbitrary and unreasonable and not based on, or consistent with, the published Principles of Accreditation of SACSCOC policies.”

On Friday evening, Bennett announced it was granted a federal court order allowing accreditation to remain in place while the college legally challenges SACSCOC’s appeal ruling. While the process is ongoing, the news guarantees that students will be allowed to continue receiving federal aid, My Fox 8 reported.

SACSCOC’s decision was rendered “with no remand for consideration of additional financial information made available after December 9, 2018,” which means they did not consider the $9 million the college was able to raise after the board’s December ruling.

Bennett is in this predicament after SACSCOC sanctioned the school due to dwindling finances. According to the SACSCOC, the institution’s only problem was “failure to comply with Core Requirement 13.1 (Financial resources) of the Principles of Accreditation,” according to My Fox 8.

The requirement states, “The institution has sound financial resources and a demonstrated, stable financial base to support the mission of the institution and the scope of its programs and services.”

Bennett was put on a two-year probationary period to achieve compliance, but that period has ended. Realizing it needed to raise money in a hurry, Bennett College worked for six weeks with an initial goal to raise $5 million for its financial reserves. The wildly successful fundraising campaign pulled in more than $9 million with the help of over 11,000 donors, according to My Fox 8.

The college has also developed a strategic five-year-plan, which outlines how it plans to increase enrollment and retention and thus strengthen its financial base.

Greensboro Mayor Nancy Vaughan told the news channel that she is confident that Bennett will remain open – even if it has to resort to a “plan B,” which involves seeking another accreditation board. Bennett announced that it has started the process of seeking accreditation from the Transnational Association of Christian Colleges and Schools and that a TRACS team would visit the college campus next month. TRACS has a reputation for recognizing colleges after they have lost accreditation elsewhere.