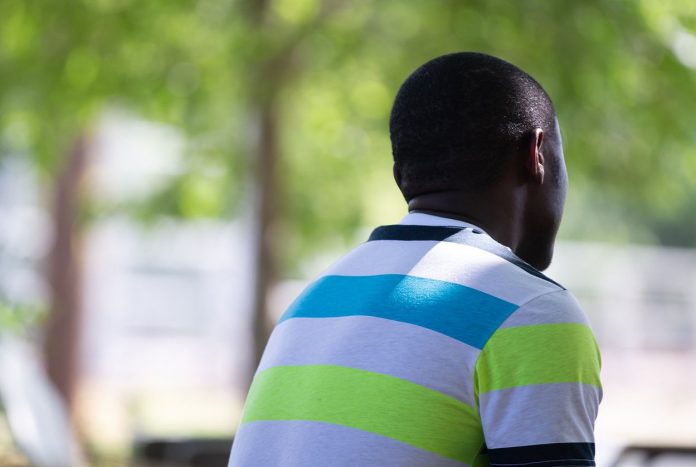 After a months-long journey across the Atlantic Ocean, into Central America and through Mexico, Merlin arrived at the U.S. port of entry in Laredo full of hope. The 38-year-old who worked in hotel management said he fled violent political unrest in Cameroon seeking a new life in America, a country he viewed as a bastion of safety and freedom.

But after legally crossing the border and asking for asylum, Merlin was detained by federal officials for 11 months. He lived at the South Texas Detention Complex along with people who didn’t look like him or speak his native language of French.

Merlin, who asked to be identified only by his first name, because he’s fleeing political persecution, was frequently frustrated with how the reality of life as a refugee in America conflicts with the country’s image as a haven for immigrants while he struggled through an asylum process experiencing fundamental shifts under the Trump administration.

This wasn’t the United States he thought would be welcoming him with open arms and opportunity. Some days, he questioned why he came.

“I was a bit disappointed for what we were thinking,” Merlin said last week. “In Africa, you thought [America] was paradise.”

As the Trump administration implemented its now-reversed “zero tolerance”immigration policy and narrowed previous paths to asylum in the past year, thousands of Mexican and Central American immigrants became the faces of chaotic changes that federal agencies made in how they treat people legally and illegally crossing the border.

But asylum seekers like Merlin who fled African countries have also been ensnared in the bureaucratic tumult. And those Black African immigrants arriving in Texas are finding a litany of racial, cultural and practical challenges that can be different from— and overshadowed by — the experiences of Latino immigrants who flood into Texas each year, advocates and experts say.

“We become frustrated with the single story pushed out,” said Deborah Alemu of Undocublack Network, an organization that advocates for Black, undocumented immigrants.

The number of African immigrants in the U.S. has roughly doubled every decade since 1970, according to the Pew Research Center. The original plaintiffs at the heart of what is now a class-action lawsuit that the American Civil Liberties Union filed against Immigration and Customs Enforcement over federal officials separating families seeking asylum are from the Democratic Republic of Congo.

Texas, the second-most populous state in the country, has more than 235,000 foreign-born African residents. That is more than any other state, according to 2016 U.S. Census data. But those immigrants represent only 5 percent of the state’s total foreign-born residents, thanks mainly to the large number of immigrant Texas residents born in Latin America.

Alemu said that historical racism and discrimination directed at Black people in America can exacerbate the difficulties African immigrants already face for being an asylum seeker.