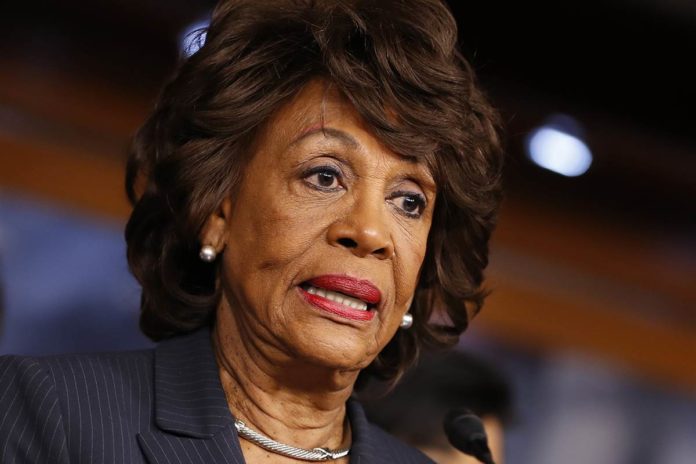 A group of African-American activists and religious leaders met in the nation’s capitol on Thursday to demand that Ryan formally denounce Waters on the House floor, arguing that the longtime Congresswoman doesn’t speak to the “faith of all Black America,” The Christian Post reported.

” … Her call to extremism based on where another American citizen works and who they associate with must be sternly addressed by Speaker Paul Ryan,” Star Parker, president of the Center for Urban Renewal and Education, said at a press conference. “An apology is not enough, nor did she offer one when asked by House Speaker. As we move into two months of intense debate over SCOTUS nomination, the censuring of Maxine Waters becomes of extreme urgency.”

Waters faced backlash from both sides of the aisle for her comments at a Los Angeles rally last month, where she called on her supporters to confront Trump cabinet members while they’re out in public. The congresswoman’s call to action came after White House Press Secretary Sarah Sanders and Homeland Secretary Kirstjen Nielsen were both kicked out of restaurants for their work with the administration.

“We are going to win this battle,” Waters told a crowd of cheering supporters. ” … If you see anybody from that Cabinet in a restaurant, in a department store, at a gasoline station — you get out and create a crowd and you push back on them. And you tell them they’re not welcome anymore, anywhere.”

Bishop Aubrey Shines of the nondenominational Glory to Glory Ministries in Tampa, Fla. argued that lawmakers like Waters who make such comments are putting law-abiding Trump supporters, like himself, at risk of violence and harassment.

“[Waters is] asking those who follow her and those that are part of her party to make sure that individuals like myself are accosted — not just the cabinet — wherever we are,” Shines said. “She said, and I quote, ‘anywhere, anytime.’ That means in supermarkets or in restaurants. Wherever those of us who have supported this current president find ourselves, she is asking those that follow her to make sure that we are harassed in some sort of form.”

The bishop went on to describe the congresswoman’s words as “venom,” saying her comments were the type of divisiveness Black and white Americans fought to end.

“Unfortunately, her tentacles have reached as far as the mainstream media,” Shines added. “We are now also being called trained dogs by the mainstream media simply because we do not adhere to groupthink. This type of racial divisiveness is something that’s helping destroy America as we know it.”

“This resistance is not progressing at all, but is rather in a standstill, hunched over in a dark corner of bitterness and self-loathing and now dangerous retaliation,” he said.

Speaker Ryan hasn’t yet responded to the group’s demands.