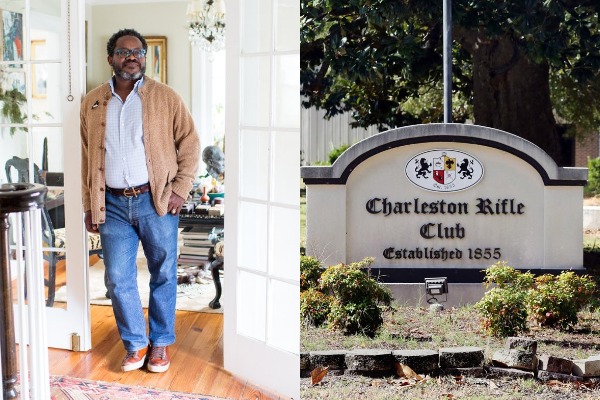 Members of the all-white Charleston Rifle Club say the social organization’s days could be numbered following controversy over its refusal to admit its first Black member late last year.

Dr. W. Melvin Brown III, a respected emergency room doctor and Charleston native, was put forth as a candidate by his white friends who were already members of the local club. However, the move sparked months of conflict and tension that ultimately came to a head Oct. 1, 2017 when Brown’s candidacy was rejected via the group’s blackball system, according to the Post and Courier.

Despite meeting the group’s stated criteria for membership and securing the required sponsorship, the 49-year-old physician was shut out. Meanwhile, more than a dozen white candidates were accepted at the very same meeting.

“This is new for me,” Brown told the newspaper, calling the controversy over his rejection “dispiriting.” “My dad fought this fight.”

That night, the doctor waited in the hall with 13 other men hoping to become members of the CRC, a group founded by German immigrants in 1855 to promote good marksmanship, The New York Times reported. The group has since become more of a social club that has taken up the more everyday pastime of bowling.

Brown was introduced to the club by a friend who would later sponsor his application, playing up his military service, good character and local roots. His buddies thought he would be a shoo-in, but that wasn’t the case.

For one, it takes only six of the organization’s 800 members to scuttle a vote, during which they drop marbles in boxes marked with each candidate’s name. A white marble dropped in is a “yes” vote, while a black marble is a “no.” By the end of the night, Brown had 11 black marbles in his box.

The outcome of the vote shocked the club’s longtime members who felt Brown’s credentials were enough for the group to admit him.

“These members said they had no reason to think the club was racist until now because never before had its membership practices been challenged in this way,” according to the Post and Courier.

Attorney James W. Ledlie, one of the men who co-sponsored Brown’s membership bid, remembered running outside to apologize and comfort his friend before running back inside the club, livid.

The year-long controversy has spelled trouble for the local boys club, costing them major partnerships. Groups like the local March of Dimes have officially cut ties and said it would no longer hold its annual bowling tournament at the club, ending a 70-year tradition. The Kiwanis Club followed suit, as did the College of Charleston and the Porter-Gaud prep school, which Brown attended.

Jimmy Bailey Jr., who enjoyed Monday night bowling at the Rifle Club’s facility, was one of many who’ve threatened to quit the group unless it makes efforts to become more inclusive.

“I am mad for moral reasons, but I am also mad for selfish reasons, that my fun Monday night activity is going to be no longer,” Bailey told the Post and Courier. “If I leave, that’s one less person there to be a part of change. Some of the old guard would be just thrilled for us to leave.”

“(A) minority, against the will of the majority, has chosen to make the [Rifile Club] a race-based organization,” the petition begins, referencing Brown’s rejection. “This threatens the reputation of the club and the reputation of its members. It also jeopardizes the club’s affiliations with countless outside organizations with which the club has for years endeavored to assist in social and charitable efforts.”

It continues: “We, the undersigned, hereby demand that the Club leadership immediately and publicly condemn this practice, and actively seek to right this wrong.”

So far, the petition has collected about 150 signatures.