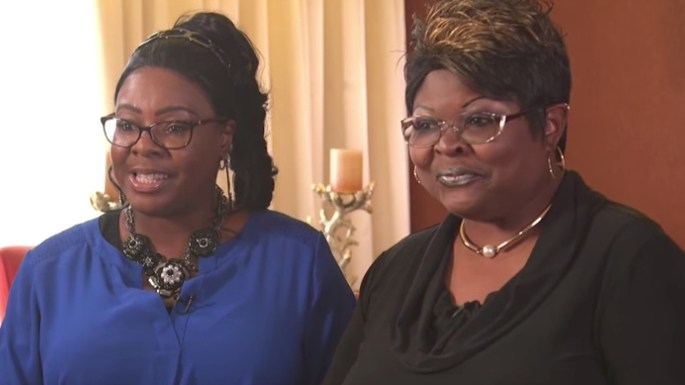 They couldn’t possibly have defended Donald Trump by saying that – could they?

Yes, they could and they did.

“There’s a lot of talk about Donald Trump being violent, condoning it, or at least inciting it.

But this is a total misread of our next President. First of all, he’s not responsible for what every random guy does — out of thousands. (And by the way, I don’t condone the violence that has happened so far.)

Second of all, he’s not violent, he’s just “street.” He was born in Queens.” (via Patheos)

“Did you hear him? Do y’all have that on recording?” Diamond asks. “That don’t make him a racist,” Diamond says. “That’s his opinion,” Silk says. “There’s some lazy black people, white people, Hispanic people and Latino people. And we want to get people out of this laziness. We want them to come up where they’re thriving. Bring them back to a good job, so they won’t be lazy,” Diamond says. “That don’t make him a racist. What’s the next one?”

“Truly, I am living the American dream because of Donald Trump. Look at my career, the wealth and exposure that I’ve had: It’s very difficult to make the argument that Donald Trump doesn’t like black people and black women.” (via The Hollywood Reporter)

“Some of his best friends are Jewish. His daughter converted to Judaism, his grandson is being raised Jewish. How can people even think that he embraced Nazism or neo-Nazism?” (via Mediaite)

“I thought what he said was measured, it was thoughtful, it was very presidential. And it calmed the waters, unlike his predecessor Barack Obama, who after every one of these situations poured hot sauce on a simmering situation.” (via Fox News)