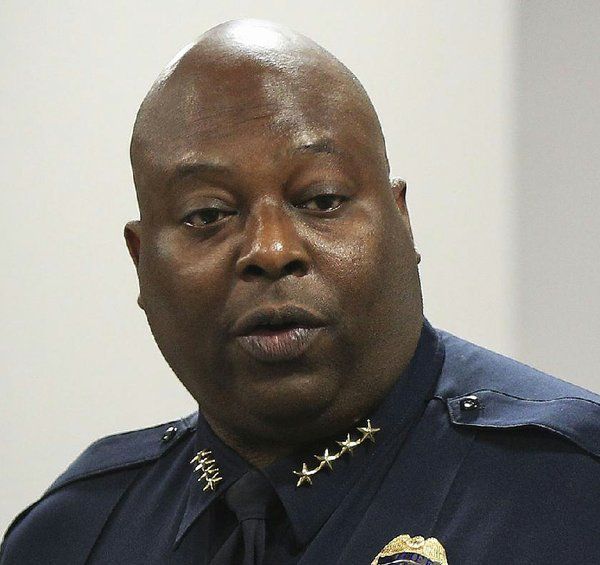 Black officers in the Little Rock Police Department in Arkansas accused their African-American police chief, KentonBuckner, of being a tool for racial discrimination against them on the behalf of his White superiors.

Several of those Black officers filed a federal discrimination lawsuit against the city on Monday, Newsweek reported. Although Buckner is not named as a defendant in the suit, the officers criticized him harshly.

“I don’t know if he has made his career out of being the African-American who is tough on African-Americans and thereby useful to white leadership,” said attorney Mike Laux, who’s representing the officers. “He relieves white folks of a lot of their guilt.”

Buckner became the city’s 35th police chief in 2014 after spending 21 years with the Louisville Metro Police Department, where he rose through the ranks to become that department’s assistant chief.

As head of the Little Rock Police Department, he receives a lot of love from the mostly White conservative Fraternal Order of Police because of his “authoritarian manner” and his willingness to “side with them time and again, particularly against criticism of racially unfair practices” from the Black Police Officers Association (BPOA), according to the Arkansas Times.

The BPOA has a longstanding dispute with Buckner. It reached a boiling point in 2017 when the association sent a letter to the City Board to complain about the chief’s pattern of discriminating against Black officers.

Laux pointed to several examples of discrimination involving the plaintiffs. In one instance, commanders suspended sergeant Willie Davis for 10 days after he reported a racist social media post from a White Little Rock Police Department recruit. The Black officers were also urged to “be patient” while their White peers received salary increases and promotions.

To the surprise of Little Rock officials, Buckner tried to leave the Little Rock department after just four years on the job. He applied for the police chief position in Charleston, South Carolina and was one of the five finalists for the position. However, Buckner announced on March 6 that he withdrew his name from consideration.