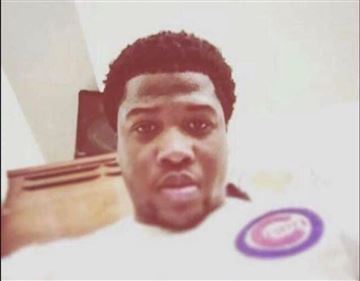 It is unclear how the killing unfolded from there — how and whether officers arriving on the scene identified themselves, whether Roberson was holding a gun, or how much time passed before the officer fired at Roberson, who was pronounced dead at a hospital.

“The security guard that got killed, he caught somebody and had his knee on him the whole time,” witness Adam Harris told a local TV station. “Just waiting on the police to get there. I guess when the police got there, they probably thought he was one of the bad guys, cause he had his gun on the guy and they shot him.”

But Harris said that “everybody” tried to warn the responding officers that Roberson was a security guard who was trying to subdue a suspect — and not a threat.

“Everybody was screaming out ‘security, he was a security guard,” Harris told the outlet, “and they still did their job and saw a Black man with a gun and basically killed him.”

According to police, the initial shooting left four other people with non-life threatening gunshot wounds.The shooting is believed to have stemmed from a prior verbal confrontation, police say.

The shooting is being investigated and the officer has been placed on paid administrative leave.

Patricia Hill, the pastor of the church where Roberson was a musician says the shooting is especially tragic because Roberson’s dream was to be a cop.

“The very people that he wanted to be family with took his life,” said Hill.