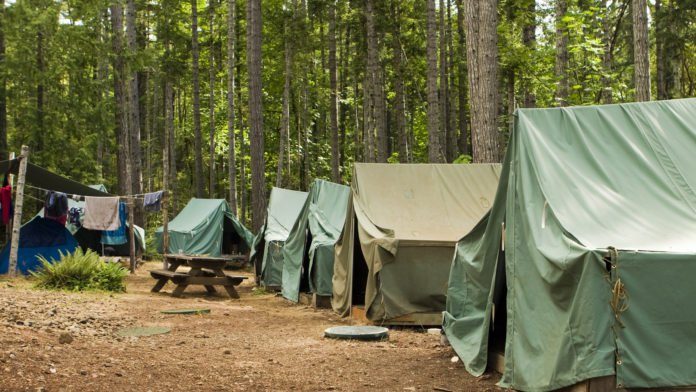 The parents of a black teen say he was harassed, called the n-word and had rocks chucked at him while on a Boy Scouts camping trip at Camp Woodruff in north Georgia, reports AL.com.

The boy’s parents are Ethiopian immigrants and say the blatant harassment and racist remarks came at the hands of white Boy Scouts during the week-long camping trip with Troop 10 from Johns Creek, Ga.

READ MORE: Lee Daniels Vows to Give Damon Dash His $2 Mil Back, Credits Him for His Success

According to reports, boys from Troop 76 from Vestavia Hills threw rocks and was responsible for bullying the 14-year-old old.

“It upsets me that this is that boy’s summer camp memory,” said Leanne Potts, a parent whose son is in Troop 10 with the 14-year-old who was bullied.

“The members of Troop 76 had thrown rocks,” Potts confirmed.

Dr. Rob Spiegel, a scoutmaster for Troop 76, affiliated with Liberty Crossings United Methodist Church, denied the incident and blew it off saying:

“The rocks are not accurate,” Spiegel said.

“We have African-American kids in our own group,” Spiegel said. “I don’t think it’s a story. I’ve seen a lot worse things happen at camp.”

However, Rev. Wade Griffith, senior pastor of Liberty Crossings United Methodist Church, which sponsors Troop 76, was more sympathetic when he addressed the issue to his members.

“What happened was very regrettable and is absolutely inconsistent with the values and high ideals of scouting and, more importantly, the United Methodist Church,” he wrote.

“I am thankful that the Troop leadership acted decisively to evaluate the situation and to punish those responsible.  We are a church that is dedicated to loving God and loving ALL people.  As such, we strive to be a safe place for any person to come and seek God through worship, study, and service.  Going forward, we will continue to work to ensure that those values are reflected in every aspect of our church’s ministry.”

Matt Rendahl, director of camping for Camp Woodruff said the incident was handled.

“We did have some bullying issues,” Rendahl said. “We certainly have policies and procedures to combat bullying to try and reduce things like that from happening. We as adults need to help build them into good citizens.”

“We shouldn’t have that in camp, or anywhere,” Rendahl said about the use of the racial slur.