DefenderNetwork.com
Home NEWS National Black Votes Matter: Why you should go to the polls 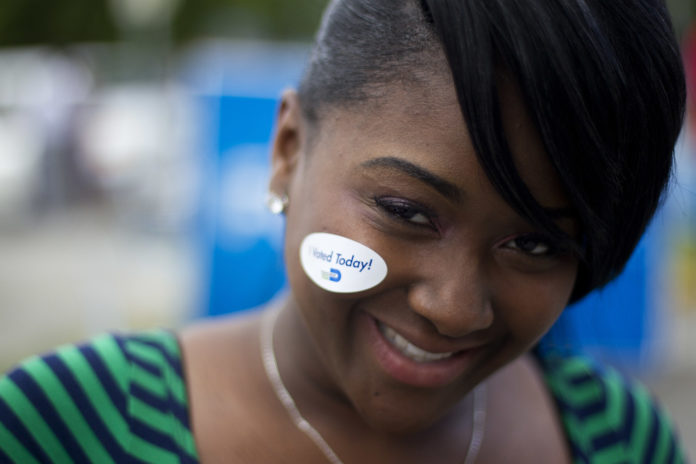 Because this impacts very existence

For many African-Americas, the stakes in this year’s presidential race could not be higher. Both major party candidate are considered flawed, prompting some Blacks to consider sitting this presidential election out. But political experts say now, more than ever, Black votes matter and we simply can’t afford NOT to vote” because this election impacts our very existence.

Which issues are at the forefront of voters’ minds as they head to the polls?

The economy is officially rebounding from the depths of the 2008-9 recession and employment rates continue to rise. However, underemployment, and unemployment remain lower than average in the Black community. Blacks and Hispanics still typically earn far less than whites, in part because whites dominate higher-paying fields, such as technology and finance. Whites have roughly 10 times the wealth of Blacks and Hispanics. And a dispute over minimum wages threatens to further widen that gap.

SCOTUS will have its hands full for the next few years, determining the future issues of importance to African-Americans, particularly gun control, climate change and immigration. With more of our communities being affected by an influx of guns, ravaged by floods, and debates over just how much immigration affects our job market, the court can make some life-altering decisions. Considering the death of  one of the conservative justices, the court is now balanced 4-4 between liberals and conservatives, who receives the appointment could be crucial to Black issues.

In fact, with three of the eight remaining justices over the age of 70, the next president could get to nominate more than one. Just as important, local judges hear criminal justice cases and determine sentencing.

In much of the U.S., families spend more on childcare for two kids than on housing. And if you’re a woman, it’s likely you earn less than your male colleagues. If you’re a Black woman, you’re even more likely to be the head of household, and struggling with childcare and pay equity. If they aren’t getting paid enough to make ends meet, more families will seek out government aid programs or low-quality, unlicensed daycares for their children.

Education is a core issue not just for students and families, but for communities, the economy, and the nation as a global competitor. The country has some 50 million K-12 students. Teaching them, preparing them for college and careers, costs taxpayers more than $580 billion a year. A better education usually translates into higher earnings. Of particular concern in the Black community, low-performing schools and setting new standards.

And while high school graduations are up sharply and dropout rates down, the nation has a ways to go to match the educational outcomes elsewhere.

For students seeking higher education, they face rising college costs and many are saddled with debt.

The Affordable Care Act (ACA) has important implications for Blacks as they face longstanding and persistent disparities in health and health care. As of 2011, there were over seven million uninsured nonelderly Blacks. The ACA, or ObamaCare, gave coverage to the millions of people previously shut out. No one can be denied coverage anymore because of a pre-existing condition. But “Obamacare” remains divisive, and premiums for next year are rising sharply in many communities.

Overall health care spending is trending higher again, and prices for prescription drugs — new and old — are a major worry.