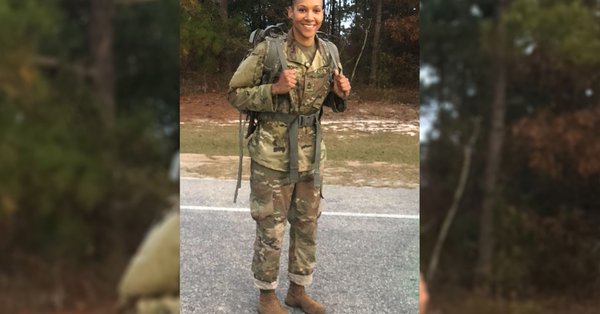 Black women are breaking barriers, displaying excellence, and opening up doors for those following in their footsteps across different spaces. According to Connecting Vets, Sgt. 1st. Class Janina Simmons became the first Black woman to graduate from U.S. Army Ranger School.

The South Carolina native successfully completed a challenging training course that lasted for 62 days which earned her a black and gold Ranger tab. The 29-year-old’s historic milestone was far from an easy feat. The course—which is designed to test stamina, endurance, and acumen—includes several strenuous physical activities and tests. According to the news outlet, nearly 34 percent of Ranger candidates have to recycle phases, making it a huge accomplishment to finish the training straight through.

For Simmons, it’s all about representation. She says she hopes her achievement inspires others to successfully complete the course. “I’m excited. It’s surreal. I’m humbled to be here. 62 days of training and I made it the first time through,” she said in a statement. “I need more NCOs to get out there…I have to lead from the front. It’s good to speak from experience. When you have soldiers who say ‘I don’t know if I can do that,” I can say ‘well, I did it and so can you.” The moves that Simmons has made along her journey have been historic. In 2018, she became the first woman to win the Fort Jackson qualifier for the Bataan Memorial Death March.